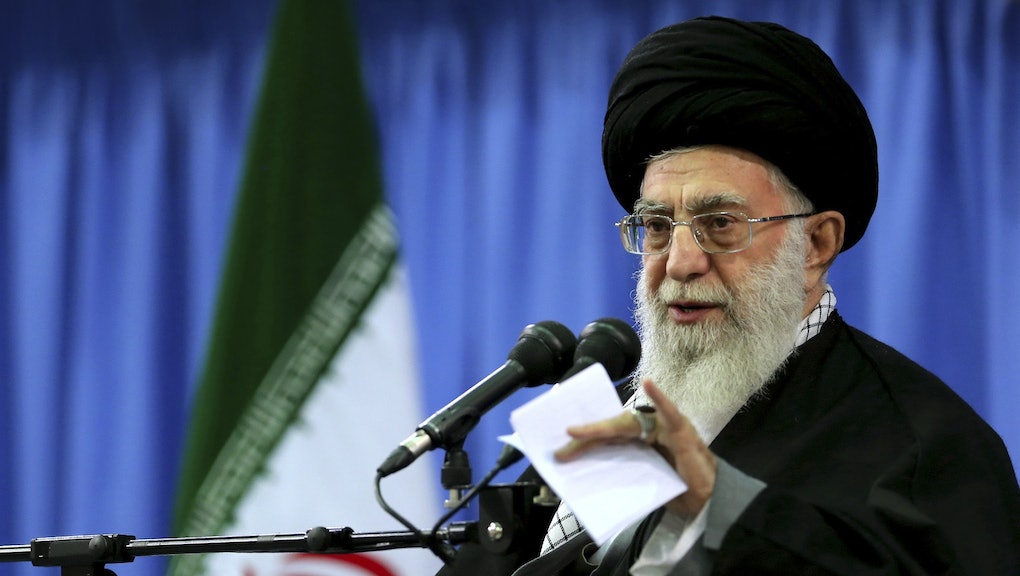 Iran's supreme leader, Ayatollah Ali Khamenei, asked Western youths to re-examine the "horrifying image that is presented to you as Islam" in light of the Charlie Hebdo massacre in Paris and other recent horrors committed by extremist militant groups.

In an open letter posted on his official website on Wednesday, Khamenei referenced the attacks across France earlier this month that left 17 innocent people dead, arguing that Islam has been usurped by organizations like the Islamic State, al-Qaida and Boko Haram.

In doing so, Khamenei drew an implicit link between the struggles of Muslims in the West and the marginalization of other minority groups throughout Western history.

"Don't allow the arrogants to hypocritically introduce their own recruited terrorists as representatives of Islam," he wrote on Twitter. He added that he didn't want "offensive depictions" of Islam, based purely on acts of extremism, to "create a gulf" between the West and the reality of the religion practiced by more than a billion people around the world.

Khamenei encouraged young people in the West to research Islam to gain a deeper understanding of the religion by reading the Quran. He ended his message on a scholarly note, writing that the research of Islam "can raise new questions in your curious and inquiring minds" and perhaps gradually build bridges between the Middle East and West.

"The open letter ends on a note of hope — perhaps foreshadowing the end of decades of 'clash of civlizations' scholarship on Islam and the West," writes New York Magazine's Katie Zavadski. "And it comes after years of back-channel overtures toward Iran's leadership by President Obama, who made improving relations with the Islamic Republic one of his top priorities early on."

Perhaps his letter should have been addressed to Western media rather than Western youths: American cable news networks are routinely embarrassing themselves with "experts" and lines of guests who reinforce the "us vs. them" division between the West and the entire Muslim world after successive atrocities committed by Islamic militants. For example, CNN's Don Lemon asked a human rights attorney who happens to be Muslim if he supports the Islamic State. And Fox News was blasted for letting a guest go unchallenged after saying that Europe is filled with "no-go zones" where non-Muslims are not allowed, a claim that turned out to be completely false.

With the news that the White House is easing its view on Iran, since they share the common enemy of the Islamic State militant group, Khamenei's letter signals that perhaps it's time to re-evaluate our relationship with a country once believed to be our biggest enemy. Maybe that "clash of civilizations" that has shaped America's geopolitical thinking for the past few decades can start coming to an end.