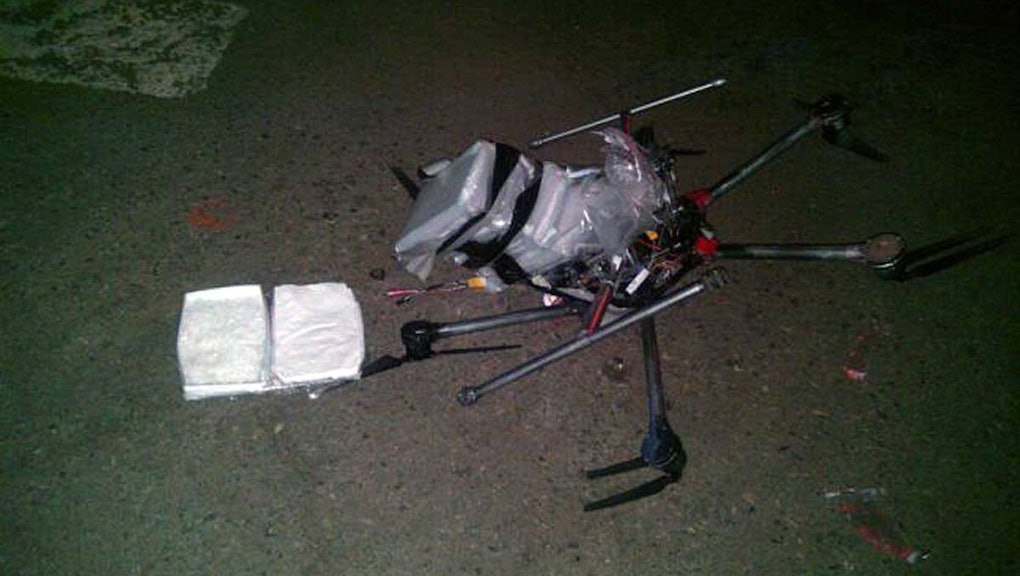 Drones are the new drug mules.

Mexican police are investigating a downed drug drone that crashed into a supermarket parking lot near the California border. Roughly six pounds of meth were taped to the drone's six propellers when it fell out of the sky late Tuesday night at the San Ysidro crossing in Tijuana.

Authorities are unsure who was operating the unmanned aerial vehicle; the drone was guided by GPS coordinates, allowing it to fly around autonomously.

It's part of a long tradition. Drones are just the newest gadget in a drug cartel's arsenal as smugglers are seeking more innovative way to transport their goods. In the past, they've used a variety of bizarre methods, like low-tech catapults, the traditional tunnels, ultralight aircraft and even breast implants.

But traffickers are increasingly using drones to do their dirty work, because they're cheap and easily accessible. Cartels can ship drugs more quickly, and it cuts down the risk of being caught by radar. The organizations becoming tech moguls in their own right by using funds to create drone programs themselves, Latin Times writes. The Drug Enforcement Agency reports that 150 trips were made with drug-filled drones across the Mexico-United States border in 2012 — and the number is likely growing.

The budding drug drone program might soon meet its own enemy, though. President Barack Obama asked Congress in July for $39 million to create a drone-powered surveillance program surrounding the border to stamp out illegal immigration and drug smuggling. That's in addition to the other tools the government employs to combat the war on drugs, including heat-sensing technology.

It's further evidence that the "war on drugs" doesn't have an endgame. Every time the DEA builds a better mousetrap, the cartels build a better mouse. Until drug policy starts addressing demand, and not just supply, the cartels will keep using technologies both new and old to get drugs into the U.S.