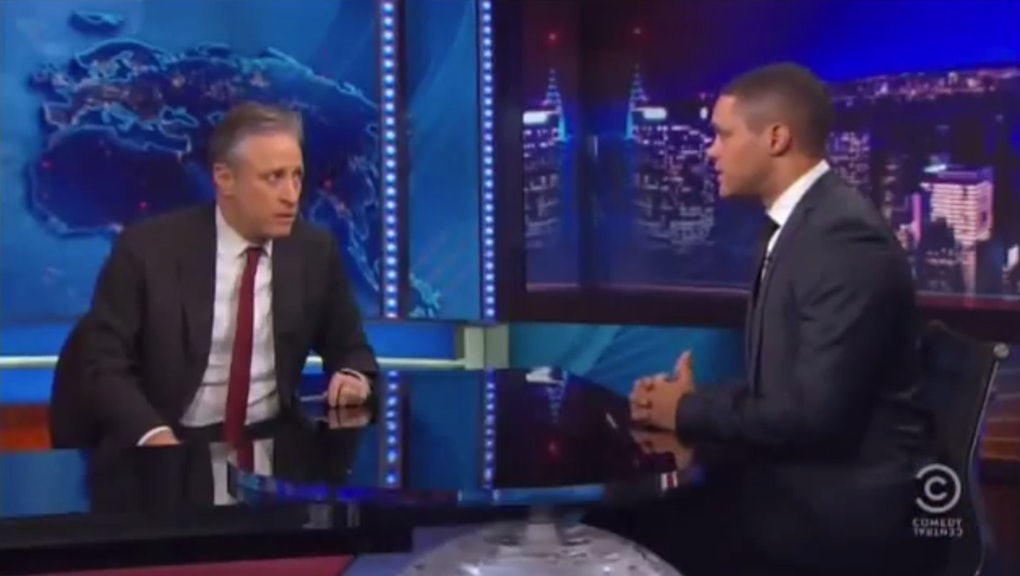 Between al-Qaida and the Islamic State group, the United States sometimes forgets there's an equally dangerous terrorist organization, Boko Haram, that's killing thousands of people — and we're doing basically nothing to stop them.

On Thursday's Daily Show, senior international correspondent Trevor Noah, a South African, berated the dozens of world leaders who marched in Paris following the attacks on the Charlie Hebdo headquarters, while not responding similar to attack on the same day in Nigeria left thousands dead and towns destroyed.

"In France, 1.6 million people marched for 12 cartoonists, which is great," Noah said. "But by that math, the whole world should've been marching in Nigeria.

"Sometimes it just feels like Africa is the Vegas of Islamic terror — what happens in Africa, stays in Africa."

Stewart, playing the part of the naive American, said the group's advances in Africa doesn't affect us here: "Charlie Hebdo was a direct attack on our Western values of free speech and expression."

Not so fast, Noah was quick to point. Boko Haram and IS share several similarities, including its barbaric beheadings, similar clothing and even have the same flag. "Boko Haram is black ISIS," he chirped. "Boko Haram must feel like Tyler Perry — huge numbers, but no recognition."

It wasn't until Noah mentioned that Nigeria is the 10th biggest oil supplier in the world that Stewart said we could fit them in our global war of terror.

"Actually, we do have an opening, in between ISIS and Yemen," Stewart said. "I think we can squeeze you in. Perhaps we can have James Taylor over there right away."