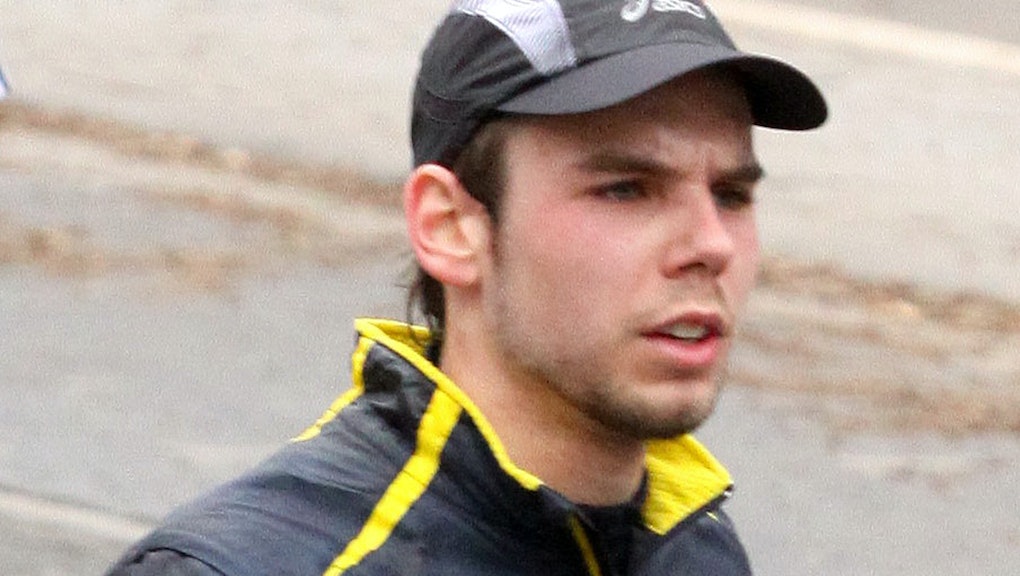 We've been told this for years. Not directly, perhaps, but when a white person bombs a church or massacres a school or flies a plane carrying 150 people into a mountainside, killing everyone on board, it's hard to draw any other conclusion.

Disturbed? Yes. Mentally ill? Probably. A troubled outcast? Of course. But "terrorist"? That term is reserved for a special type of person, someone with brown skin, a foreign-sounding name, roots in the Middle East or North Africa and a progressively anti-Western Internet history — probably typed in Arabic.

Terrorists, we're told, are Muslim. And if anything happens to disrupt that notion, we have a really hard time explaining it.

Details are still emerging in the case of Andreas Lubitz, the 28-year-old Germanwings co-pilot who allegedly locked his captain out of the cockpit and ran Flight 9525 into the French Alps on Tuesday. We don't know his motive. We know very little about him at all. Yet the media coverage and testimony around his actions suggest something remarkable: a clear, almost desperate effort to avoid calling Lubitz what, for a Muslim in his position, would likely be a foregone conclusion.

But white terrorists go by other names. Before authorities identified Anders Breivik as the person responsible for the massacre of 69 children at a Norway summer camp in 2011, observers jumped to the conclusion that Muslim terrorists were to blame. They were wrong about the "Muslim" part, but "terrorist"? That was true. Terrorism is violence driven by politics or ideology, and Breivik was both very political and violently ideological.

He was once an active member of Norway's far-right Progress Party. He was demonstrably anti-Muslim and anti-immigrant. He even documented his beliefs in a 1,500-plus-page manifesto titled "2083: A European Declaration of Independence," in which he railed against the so-called "Islamisation" of Europe and the "multiculturalist elites" who enable it.

Breivik was, by definition, a terrorist. Yet here are some of the terms the media used to describe him: "Radical loser." "Lone 'crusader.'" "Angry fantasist." "White supremacist." "Terrorist" was rarely mentioned in U.S. coverage, if at all.

We do not know if Lubitz, the Germanwings co-pilot, was a terrorist. He may very well not have been. But even 14 years after 9/11, it feels odd to imagine anyone assuming that commandeering a plane with the intention of killing everyone on board is anything but a terrorist act. Yet somehow, we're at a loss for words here. German Chancellor Angela Merkel has called the crash "simply incomprehensible." Marseille Prosecutor Brice Robin told reporters Lubitz crashed the plane "for a reason we cannot fathom." Reuters, BBC and the Boston Globe have all labeled Lubitz's act a "suicide" — but with the caveat that 149 other people died in the process.

"For the pilot, it's suicide perhaps," Charles Bosshardt, a mountain risk adviser, told the BBC. "But it's an attack on the other people. Yes, an attack."

What do we know? People have avoided applying the "terrorist" label to Lubitz, largely out of uncertainty, which is fair. We don't know if it's true. But history suggests that, were he a killer of any other shade, we'd be far less generous with our reservations. White killers get the benefit of humanization. We explain their existence through their broken dreams, their struggles and their afflictions. It's part of why Muslim killers are consistently presented to us in mug shots, or why black victims — like Michael Brown, who never killed anyone at all — are presented as scowling, threatening "thugs."

Meanwhile, one of the most widely circulated photos of Lubitz has him smiling peacefully in front of San Francisco's Golden Gate Bridge as the sun sets in the background.

Because the fact is, every killer — terrorist or not — has complexities. Brown people aren't the only people capable of terrorism. And white killers aren't the only ones with stories.