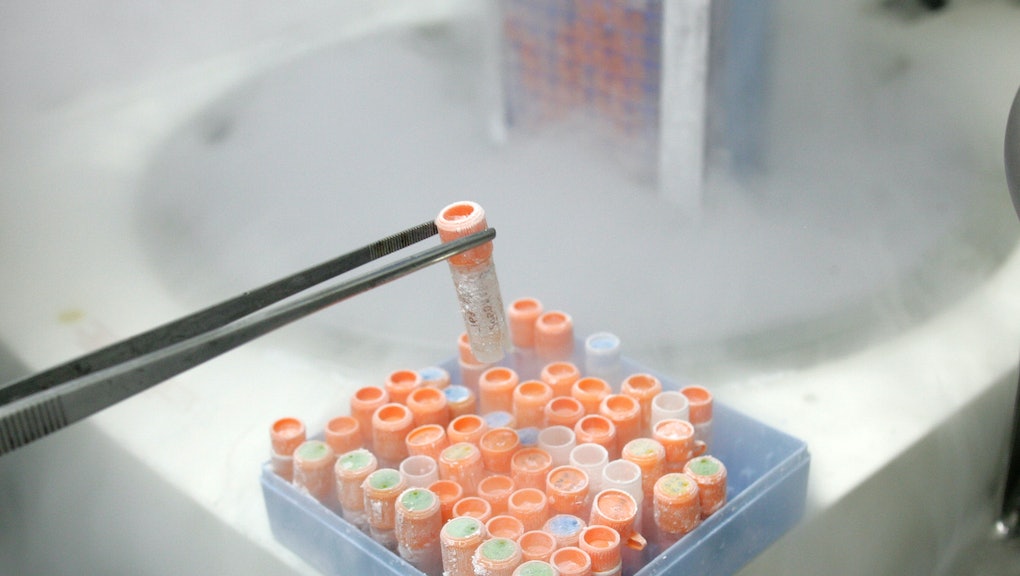 In a plot line straight out of a futuristic sci-fi movie, a group of scientists in China have modified the genome of a human embryo for the first time. Their research could lead to major developments in science and medicine, such as wiping out genetic diseases and even restoring lost species of life.

A revolutionary technique for editing genes: The study attempted to rid 86 non-viable human embryos of a mutated gene linked to beta thalassemia, a life-threatening blood disease. To accomplish the task, researchers used a genome-editing tool called CRISPR/Cas9, which was hailed as "the biggest biotech discovery of the century."

CRISPR/Cas9 holds "tremendous promise for both basic research and clinical applications," Junjiu Huang's team argued in their paper. It's opened the door for a plethora of possible medical breakthroughs, including cures for previously debilitating genetic conditions.

Quanta Magazine reported in February that agricultural researchers are using CRISPR/Cas9 to modify genes in crops to improve the food supply. Other researchers are attempting to bring the woolly mammoth back from extinction by manipulating elephant genes. Pharmaceutical company Novartis said in January it would use CRISPR/Cas9 to explore new cancer treatments.

But there are plenty of ethical concerns. Editing human DNA — even if it's done in order to eradicate genetic disorders — is a thorny issue. According to Nature, "because the genetic changes to embryos, known as germline modification, are heritable, they could have an unpredictable effect on future generations."

Outside researchers have also expressed deep concerns, decrying the recent experiment as proof that such procedures are faulty and dangerous.

"This paper demonstrates the enormous safety risks that any such attempt would entail ... The social dangers of creating genetically modified human beings cannot be overstated," Marcy Darnovsky, a member of the watchdog group Center for Genetics and Society, told NPR.

Moreover, there are worries the procedure could be used for clandestine and unethical reasons. Case in point: Huang told Nature's news team that his paper was rejected by both Nature and Science — two highly prestigious publications — "in part because of ethical objections."

"The experiment didn't work very well." Of the 86 embryos tested, only 71 made it through the procedure; only 28 were successfully modified, and a tiny percentage of those 28 actually held on to the replacement genetic material, Nature reported.

Because of the low success rate, the team, led by Huang, a gene-function researcher at China's Sun Yat-sen University, concluded a great deal of work remains. "Our work highlights the pressing need to further improve the fidelity and specificity of the [procedure]," the team wrote.

Some in the medical field discounted the experiment's results. Arthur Caplan, head of medical ethics at New York University's Langone Medical Center, told Motherboard, "This is a rather inauspicious start. ... I'd say the experiment didn't work very well." But he said that doesn't mean the idea should be scrapped altogether — it just needs work. One solution could use animal embryos instead of human embryos, for example.

"People will be uncomfortable with research on human embryos," he said. "You won't get that kind of pushback from studying animal embryos."

As one Harvard Medical School biologist called it, "the study is a landmark, as well as a cautionary tale." It's clear the larger CRISPR/Cas9 method has shown an enormous amount of promise. But when it comes to human genome modification, research has a long way to go.