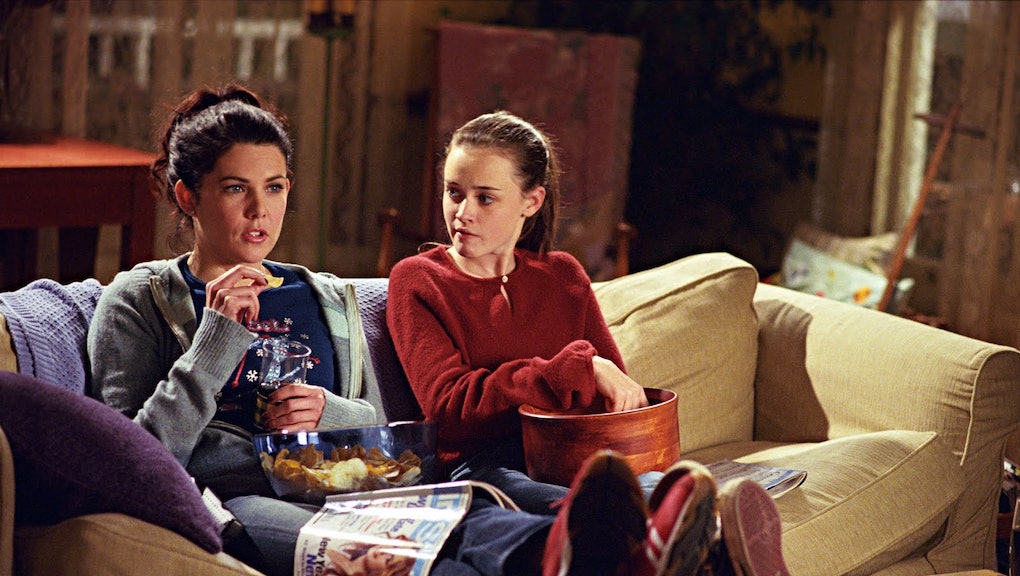 This Is How You Know Your Mom Is Your Best Friend

How can you tell if your mom is your best friend?

Well, first check if you're a millennial. According to Fusion's Massive Millennial Poll, 55% of millennials consider one or both of their parents to be their best friend. This is especially true for mothers and daughters; one British poll found that 7 out of 10 women named their mom as their best friend.

But how can you really tell? If there's nothing the two of you hold back.

The mother-daughter relationship is defined by blurred boundaries and an ever-shifting blend of adoration, respect, fear and love. But at its core, the connection is rooted in sharing, from body types and dispositions to, as the relationship matures, conversations and insights over life's most important matters.

For plenty of moms and daughters, that means being totally honest — including frank conversations about sex and relationships. After all, as self-declared "sex positive mom" Lea Grover wrote, "Lying to your kids about sex helps nobody." Some may cringe at the thought of discussing blow jobs and condoms with their parents, but for plenty of mom-daughter BFFs, those conversations are just the tip of the uber-honest iceberg.

So what's it really like to grow up with a forthright, euphemism-free mom who treats you like the best friend you are? With help from Tumblr, Facebook and several personal interviews, Mic asked young women to tell us just how you know your mom is your BFF.

"One time I made her sit in on a uni lecture with me so I could show her he guy I liked, and she wasted no time in telling me how horrifically ugly he was. He was two seats away from us (and wearing elbow patches)."

"My mom told me when I was about 21, 'You aren't dating enough men. I think I'd been with more boys by the time I was 16 than you have now.' Thank you, Mother. Disturbing and offensive all at once."

"'Why do you want to be with someone who doesn't love you?' Best. Advice. I got over that four-year relationship breakup that minute!"

"The first person I ever watched the entire Sex and the City series with was my mother. Especially during breakups."

"On my first day of sex ed [at] age 12, my mom drove me to school making up songs about STDs, like 'What do you get when you fall in love? Hopefully it's not chlamydia!' Now we sing it every year for Valentine's Day at our 'VD party' (STD-themed foods, etc)."

"My mother told me that if she lay out all the dicks she'd ever had in her life, they would reach from Dallas to Fort Worth."

"My mom tells me about her sex life a lot, in an effort to teach me about what an example of healthy sex would look/be like (safe, sane and consensual, essentially)."

"In college, I had to endure a series of God-awful yeast infections that came from a guy with sizable junk. Worried about what was going on down there, I confided in my mother. I told her everything – his length, the infections, the sex — figuring any details might be of help, medically. (Hey, college kids are confused.) She took it in stride. She also referred me to a great gyno, but not without teasing me a bit first. While making a salad for dinner, she held up a particularly large cucumber and asked, 'Wait, was it this big?'"

"My mum asked me if I enjoy sex and if I get anything from it as she doesn't. Cringe-worthy? Yes, but it was kind of a bonding moment."

"When I was about 9 or 10 years old, my Labrador puppy chewed open a box of my mother's condoms and left a whole mess on the carpet. Walking into my mom's room, I spotted the weird shredded latex and asked my mom what was going on. She took me out for ice cream and explained to me that she used them during sex. It was less of a birds and bees talk and much more of a 'puppies and rubbers' talk. That was my introduction to birth control."

"Sometimes it's a bit too honest. She even comes out to the club on a regular basis. I can definitely tell her anything, and I do — same for her."

"Coming home from university is always flopping on the couch next to each other, sharing a drink and crisps and watching TV. I can trust her with anything, and I hope I'm a fraction as awesome as she is someday."

"Oh my god, our relationship is absurdly honest. I tell her everything about my sex life, and know a whole lot of her history as well. We've smoked weed together before."

"My mother is the one person I can go to for advice for anything. Boys, school, periods, really weird ideas, anything. She's like the sister I never had, a best friend since birth and a beautiful mother all in one. I love her so much."