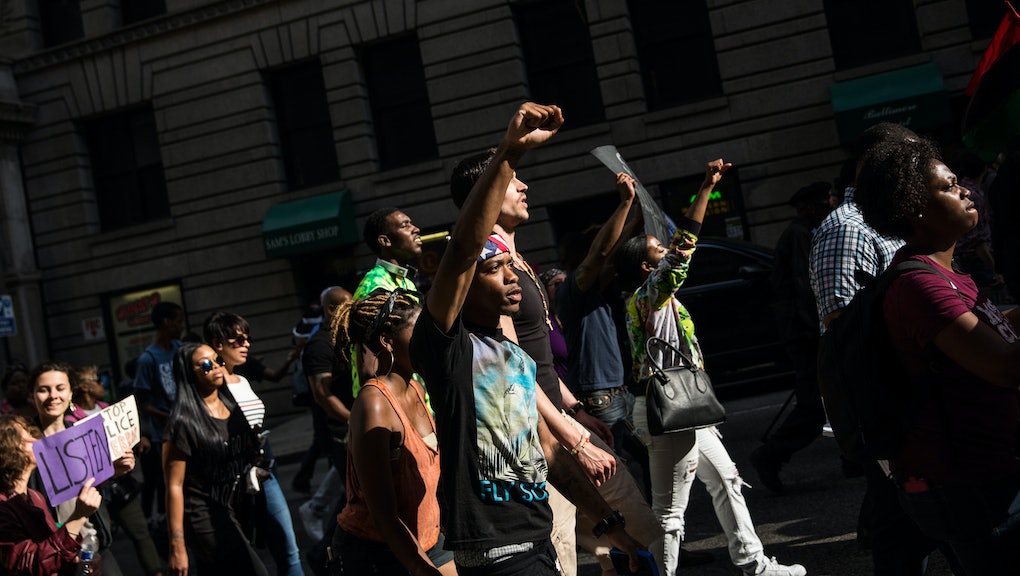 8 Truths About Race That Every White Person Needs to Know

This past school year, I taught a course on black women and prisons at a predominantly white university in central New York.

Once, in the middle of a frank class discussion on white privilege and institutional racism, I decided to check in with my students. A white young man admitted to the class that he felt unsafe. He described how the course provoked him so much he would go home angry about what he felt was an inordinate focus on race, racial inequities and privilege.

We decided to chat through his concerns over lunch. There, I challenged him to consider how his identity affected his visceral response to the course. He obliged, and his final paper turned out to be a vivid self-reflection on whiteness, manhood and racism — including the ways he'd learned to dislike black people. He'd realized the unlearning was the work he needed to do on his own.

People of color should not be expected to educate white people about the ways individual or institutional white favoritism harms all of us, some more than others. But if white people want to be true allies in racial justice work, they should listen to the people of color who choose to engage them. Changing racially biased thoughts and behaviors requires internal and systemic transformation, and it requires this of all of us. Here are some things to remember when engaging in the dialogue:

When the first lady Michelle Obama gave a commencement speech recently at Tuskegee University, media outlets noted her focus on "race" — something many equated exclusively with being black. Obama had simply shared her experiences of racial antagonism as a black woman and first black FLOTUS. By default, this meant speaking about the force of white racial supremacy in her life.

Nevertheless, peevish pundits like Rush Limbaugh stated on his radio show, "Michelle Obama is on a roll. She is playing the race card, she's doubling down on it."

When the term "race" is used in public conversation, it is typically interpreted as a reference to everything but white people.

Yet though "American history offers up a large bounty of commentary on what it means to be nonwhite, moving easily between alternations in the meaning of race as color, from 'colored' to 'Negro' to 'Afro American' to 'black' to 'African-American'," historian Nell Irvin Painter writes in her book The History of White People, "little attention has been paid to history's equally confused and flexible discourses on the white races."

In other words, "race" is not shorthand for "black" or "brown," and "white" is not an invisible or nonexistent racial category; it too, has been socially constructed.

For many of us, racism is exemplified only when something dramatic occurs, like a cross being burned in front of a black person's home, or a person of color being called a derogatory term. Though these obvious displays of bias reflect the beliefs at the root of structural racism, they are not the cause of widespread systemic inequity.

"It's not just a matter of private evil individuals. We get this picture of these white racists walking around with horns, you know, who use the 'N-word' all the time, and I guess look like Cliven Bundy," Ta-Nehisi Coates said in a recent speech at Johns Hopkins University. "But Cliven Bundy has never really been the threat; it's the policy that's the threat. And many of those people, are people who look like you and me ... They're mothers and fathers — good people, nice to their neighbors, but these are people who are responsible for policies in our country that leave us where we are."

3. Silence and complicity are as dangerous as burning crosses and the "N-word."

One doesn't need to actively level slurs at black people to participate in structural racism. All of us must examine the extent to which we support policies, however inadvertently, that negatively impact nonwhite people. Silence at the dinner table when derogatory words or biased ideas are shared and simply being aware of the material effects of racial inequality is not the same as doing active work to ensure equity.

Pretending not to see race doesn't mean race doesn't exist; even if it is socially constructed, its effects are real.

Millennials were largely raised with the ethos of colorblindness (itself an ableist term), but despite the general understanding that they are the country's most racially tolerant cohort, some research suggests their attitudes aren't all that progressive. Millennials not only see race, but some are blatantly racist. In March, for example, members of the Sigma Alpha Epsilon fraternity at the University of Oklahoma were caught on video singing a racist song.

We must consider the ways racial groups fare differently in a country that has historically considered white people (especially men) its only fully participatory citizens. Our concept of race shapes the ways we see ourselves in relation to others, and only by acknowledging racial differences can we truly move forward. This is why many believe instead of being colorblind, we should be color-aware. It's also why chanting "all lives matter" is reductive; they do, but all lives aren't being affected by systemic, racist violence.

5. Racism is not rational, but angry responses to racism is.

Well-meaning white people sometimes urge people of color to talk about race "rationally" or without emotion during discussions on race and racism. But the history of racial supremacy against indigenous and other people of color in the U.S. is brutal. Nonwhite people — those of us who have been impacted by individual and institutional forms of racial oppression — have every right to express anger and disappointment when confronted with individual and institutional racism.

The assumption that people who are emotional when discussing race and racism is a way of insinuating they lack critical awareness, and is an easy way to dismiss another's lived reality. But the experiences of people of color in this country are not valid only when they are deemed dispassionate enough by white people.

Nancy Gordeuk, the white director of the TNT Academy in Atlanta, was caught on video Friday telling a commencement audience following a mishap in the program, "You people are being so rude to not listen to this speech. It was my fault that we missed it in the program. Look who's leaving — all the black people."

In her letter of apology sent out to the parents, Gordeuk claimed, "The devil was in the house and came out from my mouth. I deeply apologize for my racist comment and hope that forgiveness is in your hearts."

Rather than resort to blaming Satan and acquitting herself, Gordeuk should have taken responsibility for her actions. Most people might sooner blame bad parents, society or media for the harmful biases they maintain of other racial groups, but communal change will be impossible if we don't commit to self-transformation. Self-transformation requires honest accountability; it means we must own our shit.

7. Truth-telling is not anti-white racism.

Saida Grundy, an incoming assistant professor of sociology and African-American studies at Boston University, recently came under fire by conservative media outlets for a series of comments she made on her personal Twitter account. SoCawlege posted some of Grundy's personal tweets on its website.

Some media outlets described Grundy's comments as "angry tweets about white people" when in fact Grundy was offering her valid perspective as a black woman, who also happens to be a scholar in the U.S. More importantly, she offered a series of much needed counter-narratives of black history.

Sociologists have long used research as justification for arguing the failures of black communities and families were intrinsic to black communities and black people. For example, Daniel Moynihan's report under the Johnson administration, The Negro Family: The Case for National Action, argued that black matriarchy was one of the main factors contributing to the problems within black families.

Terms like "cultural pathology" and "culture of poverty" are often cited as a way to locate the problem in communities of color and never the white racial supremacist structure. Grundy's comments illuminated this issue. Rather than reading her comments as anti-white people, we should read them as critical responses to the problem of structural racism.

Quick answer: Yes. But there are some steps we cannot skip before moving to true reconciliation.

For America, restorative justice means reckoning with the atrocious past that has shaped our present conditions of inequity. White racial supremacy is an insidious system, an abusive system, which disproportionately impacts the well-being of people of color through a set of racially biased ideologies, practices, policies and laws.