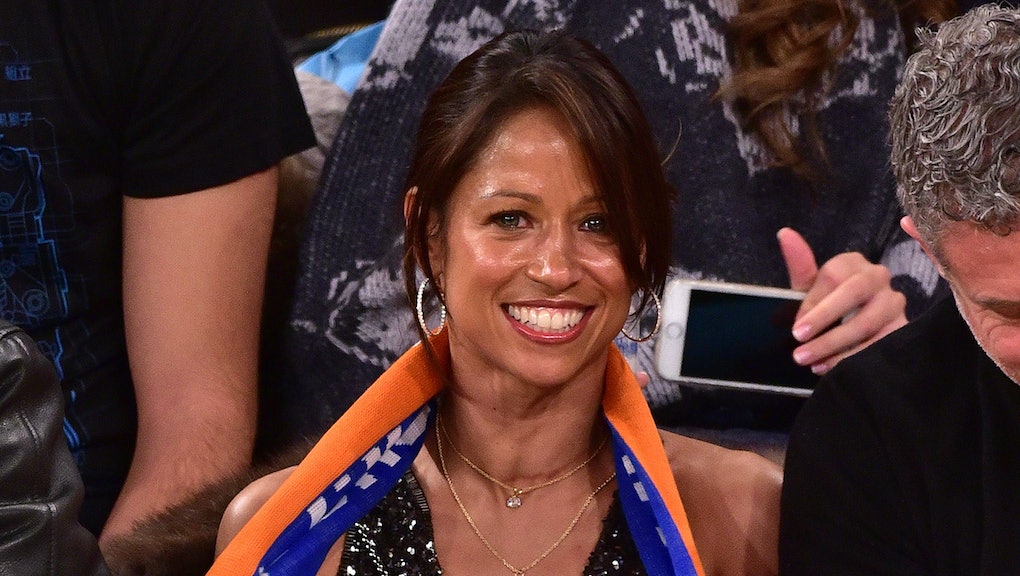 That's because their statements appear out of touch and even dismissive of how many other black people deal with racism on a daily basis. For some of these black notables, ridding America of discrimination can happen with a simple mindset change — not so much for the people and institutions that have sustained racial oppression, but for black people who endure it.

It's part of an emerging trend that's been dubbed the "New Black," a term largely based on remarks made by "Happy" singer Pharrell Williams during an interview last year with Oprah Winfrey. As Jason Parham at Gawker noted, Williams told Winfrey, "The New Black doesn't blame other races for our issues. The New Black dreams and realizes that it's not a pigmentation; it's a mentality. And it's either going to work for you, or it's going to work against you. And you've got to pick the side you're gonna be on."

Williams definitely isn't alone in taking such an approach, reducing racism to interpersonal matters rather than as long-held social ills, and this concept often plays out in one of the following modes:

Colorblindness: In a famous 2014 interview with Winfrey, former Cosby Show star Raven-Symoné resisted being labeled African-American while discussing how she feels about her queer and racial identities. "I'm tired of being labeled. I'm an American. I'm not an African-American. I'm an American ... and that's a colorless person," she said during the interview. Winfrey, taken aback, gave her not one, not two, but three opportunities to rethink her words. "Oh girl, don't set Twitter on fire," Winfrey cautioned. "You're going to get a lot of flak for saying you're not African-American, right? ... I want you to say what you really mean by that."

But Raven-Symoné didn't budge. And in the months since, she's taken a seat on The View, ruffling even more feathers with so-called colorblind remarks about racial issues. During a roundtable exchange with Rosie Perez, she defended Rodner Figueroa, the Univision anchor who was fired for comparing first lady Michelle Obama to a character from Planet of the Apes. The faux pas reinforced an unfortunate racial trope of black people as monkeys, but Raven-Symoné rebuffed the controversy, one that even the White House allegedly engaged behind the scenes. "Some people look like animals," she said. "I look like a bird. So can I be mad if somebody calls me Toucan Sam?"

So much for "not seeing" race.

Respectability politics. Some black public figures know racial issues can't be ignored, but think the solution is the old-school approach of respectability politics, or the idea that racism will subside if black people perfectly embody values that fit with mainstream norms. In recent years, it's emerged during discussions of unarmed black people getting killed by police or vigilantes.

During the peak of controversy over Trayvon Martin's 2012 shooting death, anchor Don Lemon devoted an entire CNN segment to telling black people what he thought they needed to do to fix race problems, including "pull up your pants" and "stop saying the n-word." While covering the protests in Ferguson, Missouri, he was obsessed with the "obvious" smell of marijuana in the air. In Baltimore, his preoccupation with the black people rioting over the issues that precipitated them was enough to make even the city's mayor and the state's governor abruptly exit an interview.

Of course, Lemon's not the only one playing from the respectability playbook. Sean "Diddy" Combs bemoaned "black-on-black" crime on Instagram earlier this week, noting that #BlackLivesMatter, but "no one will respect us if we as a people don't have any respect for our own black lives." The sentiment has been repeated by other black celebrities and even some conservative commentators, deflecting the issue of anti-black police brutality — and ignoring that most violent crimes occur between members of the same race.

Unfortunately, "respectability" arose from the reality that viciously racist white people would use any human imperfection or perceived cultural deficit to tear down the civil rights struggle. But an exclusive focus on black people "bettering themselves" or appearing flawless negates their humanity, shifting responsibility for racism away from the people and institutions that sustain it. Black people can be model citizens, even affluent ones, and still face the evils of racial profiling, police brutality and other encounters with racism.

Classism as the "new" racism: For some black celebrities, the confluence of social mobility and race has somehow left them out of touch with the realities of everyday black Americans.

Of note is Kanye West, whose earlier music outright critiqued matters of institutional, social and even internalized racism. His more recent statements show he's now moving in another direction. In a February interview with BBC Radio 1, West asserted that classism is the "new" racism. "Class is the new way to discriminate against people, to hold people down ... to somehow say this person right here means more than this person," he said, with the striking addition, "I know I tweet 'Black lives matter,' but all lives matter."

As Hillary Crosley Coker notes at Jezebel, this is part of a troublesome pattern that entraps a number of black public figures.

"I don't know about you, but this idea that someone can buy their way out of America's racial landscape confuses me," Coker writes. "Still, just because celebrities ... don't have to worry about a cop shooting them dead and then claiming they did so out of fear shouldn't mean they can ignore others who do — especially in this heady time of Black Lives Matter protests pushing against a new police murder every week. But that's what 'New Black' is: using wealth as a protective hedge to say 'I'm different, and the worries of middle-class or poor black folks don't affect me, so they must not be real.'"

Living in denial? Some notable black Americans are afforded large platforms because they consistently rail against other black people.

Discussing the shooting death of Michael Brown, Republican presidential hopeful Dr. Ben Carson said last fall that race relations have gotten worse under President Barack Obama because he focuses too much on race, accusing him and others of submitting black people to a so-called victim mentality. "There will always be [racism], because there's always going to be people with small minds who are easily influenced," he told conservative radio host Hugh Hewitt. "But you know, for the most part, you know, that's a thing largely of yesterday."

Clueless star-turned-Fox News commentator Stacey Dash has also co-signed this idea, and she routinely trots out tropes of black people being addicted to welfare and stuck in a "plantation mentality."

These aren't the words of conservative white commentators, but of two politically conservative black people whose own race sometimes gets deployed to quell outcry against anti-black racism.

The many, layered burdens of representation. Of course, no single black celebrity — or black person in general — will be a perfect, universally appealing representative on behalf of black America. That's an unfair and unrealistic expectation, one that's even racially tinged, as famous white people aren't typically expected to speak on behalf of their entire race.

Black people aren't exempt from the reality that celebrity in America comes with a large platform. Their perspectives on racism receive so much attention, in part, because the media has long functioned as a precarious learning tool for various social issues. Black celebrities speak about racism; their words make national headlines. People pay attention, for better or for worse. Although it's possible for individuals to empathize and understand people who are different, even within identity groups, each person is the foremost expert on themselves and their own life experiences.

Lived experience, while irreplaceable and important, is but one part of the equation. The other part is a commitment to remaining educated and informed about issues that affect black people. Oftentimes, representation is reduced to simply having someone from a marginalized group present. But there's no substitute for a substantive discussion.

So when there's uproar on social media challenging statements from noteworthy black people about racism, it's usually not a call for perfection, even if some of the responses (and clapbacks) prove unrelentingly funny. More than anything, it's a call for nuance, improved education and, ultimately, accountability.