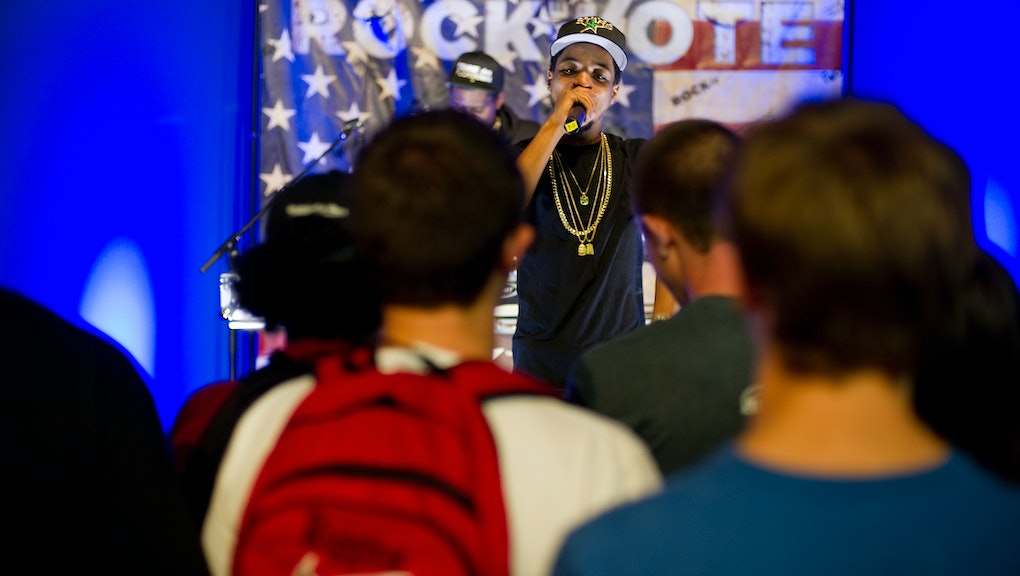 Another presidential election year will soon be upon us, and media punditry surrounding contenders like Hillary Clinton and Ted Cruz is already beginning to dominate the Interweb. As the list of presidential hopefuls swells, it's time to take a look at the issues that matter to progressive millennial voters.

The millennial turnout for the 2014 midterms was 21.3% — considerably lower than the 51% who turned up for the 2008 general presidential election, but in keeping with historically low midterm turnout across generations. While some cast our generation as politically apathetic, the response to President Barack Obama's first run shows that the right candidate can drum up enthusiastic support from this powerful voting bloc. Young voters also have been "trending blue," according to Mother Jones, which also attributed the GOP's big win in 2014 to the lack of millennial turnout.

For candidates hoping to connect with young voters, there are many issues that need to be addressed. The current presidential run is happening in the midst of a national Black Lives Matter movement, for example, which is focused on raising awareness of a range of issues negatively affecting black Americans. The fight for the rights of undocumented people rages on. The U.S. still has the largest population of incarcerated people in the world. Women's reproductive rights are still limited in some states. Trans women are being murdered at alarming rates.

With so many important issues on the table, it's time for millennials to speak up for the change that matters to our generation. Mic asked activists and thought leaders to share their ideas and visions with presidential hopefuls for #WhatWeNeed2016:

1. An end to mass incarceration, over-policing and over-criminalization

4. An end to poverty

8. Assurance of freedom and human rights for all

9. An end to individual and systemic racism

We know what we need. So tweet your photo and let contenders know #WhatWeNeed2016. Join the conversation.