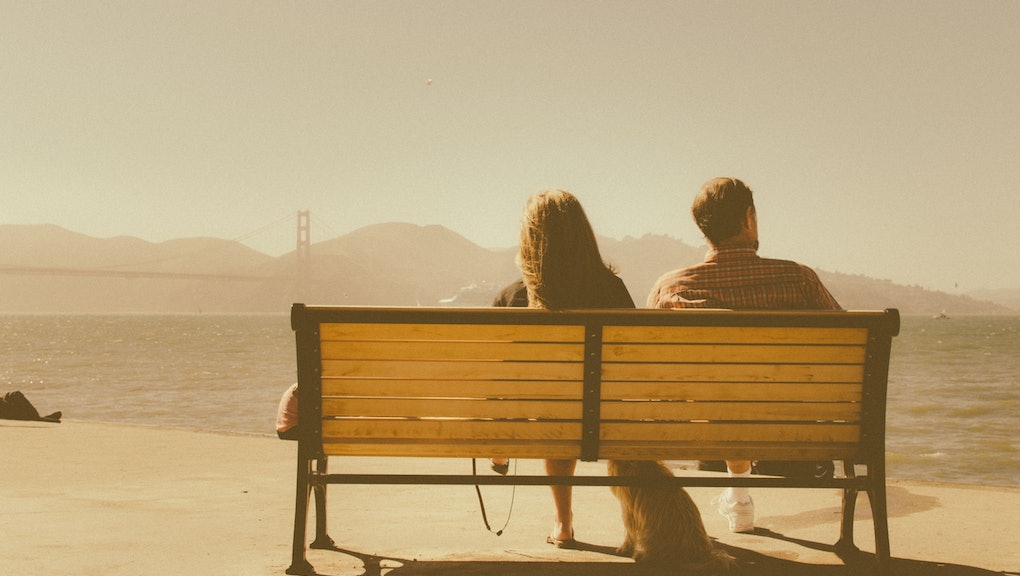 Can Science Predict Whether You'll Stay Friends With Your Ex?

It's a noble thought, but unfortunately not the reality for plenty of people. According to a Google Consumer Survey by Mic, 42.4% of us rarely stay friends with our exes. A 2004 NBC poll found only 48% people manage to accomplish this feat.

So how do the people who really "stay friends" make it work? We all have different approaches, but a recent study suggests it's the most genuinely committed relationships that have big friendship potential. When we really cared about the relationship sticking, losing the romance doesn't mean we have to lose the entire connection.

Commitment equals post-breakup closeness: The study, published in the Journal of Social and Personal Relationships, studied a group of heterosexual 18- to 30-year-olds — 49% were casual daters, 46% were dating exclusively and 5% were engaged. They were interviewed once every four months, for a year, to assess the quality of their relationships based on satisfaction, investment, commitment and available alternatives.

Of the relationships that had already broken up by the second interview, the participants were then tracked to see how often they were in contact with their exes and how positively or negatively they felt toward them.

The results after a year? Individuals who were most likely to still be close with their exes were those who had had high levels of investment, high satisfaction, fewer available alternatives — and, most importantly, a high level of commitment.

"Being committed to your partner means being intimate and attached, as well as desiring that your relationship continues into the future," Purdue University's Kenneth Tan, co-author of the study, told Mic. "However, when the romance ends, feelings of commitment do not magically disappear. Relationship partners who have grown to depend on each other to fulfill their needs may be reluctant to lose both tangible (e.g., shared friends) and intangible (e.g., emotional ties) connections that were developed over the course of the relationship."

"When the romance ends, feelings of commitment do not magically disappear."

Friends before, friends after? Part of that commitment in the relationship — and once it ends — may come from valuing each other as individual friends, not just boyfriend or girlfriend.

"Previous research has found that post-breakup friendship is more likely to occur when couple members are friends before they were romantically involved," Tan said. "Furthermore, given that friendships can be an important component of a romantic relationship, we believe that it is likely that if you are friends with someone before the breakup, that you are more likely to stay friends with them after."

The point is being committed to a real connection with an individual, not just for the sake of boyfriend/girlfriend titles, but because you really care about staying linked to that person. Those who can make it work? Congrats — you're showing everyone what a "committed relationship" really looks like.