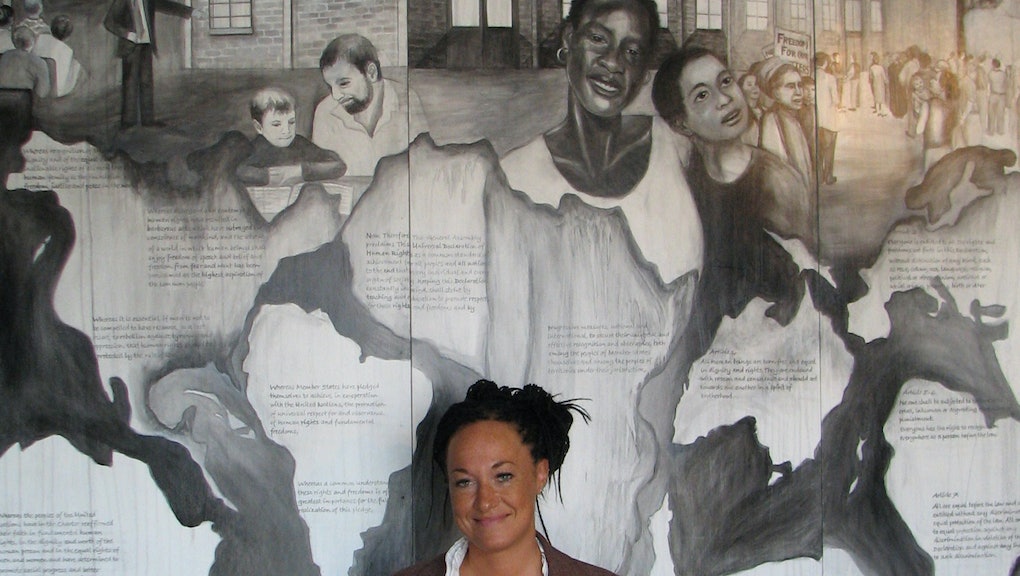 The Truth About Rachel Dolezal That You Won't See on T.V.

In an exclusive interview Tuesday morning with Matt Lauer on NBC's Today, former NAACP chapter president Rachel Dolezal finally weighed in on the public debate sparked by her self-identification as a black woman. Dolezal, who sued Howard University in 2002 based on a claim she was discriminated against because she was white, told Lauer, "I identify as black."

It is an overstatement to suggest Dolezal is responsible for beginning a unique conversation on race in the U.S. Public debates about racial identification and cultural appropriation are not new. Yet the overwhelming focus on the "complexity" of Dolezal's identity, to use her words, distracts from the real-time, deeply felt impact of structural racism in the lives of black people, especially black women and girls, in the U.S. Dolezal told Lauer her parents are trying to "whitewash" her story, but in reality, her story is whitewashing the very black issues she has been lauded for supporting.

While Dolezal said her story raises the question of what it means to be "human," her philosophical statement misses the point that not all human beings are treated equally in a society that privileges some because of the color of their skin. Dolezal is fighting to humanize her journey so that the public can better understand her move from whiteness to aspirational blackness, but her notion of what it means to strive towards a shared humanity just obscures the particularities of black peoples' lived experiences in this country as they continue to fight to be seen as worthy of being alive in the first place.

For all of the discourse on race and "transracialism" seemingly spurred by Dolezal, there is comparatively little focus on the material effects of racism in actual black people's lives right now. Dolezal might receive attention because she is a white woman identifying as a black woman fighting for black issues, but that won't prevent black people from being twice as likely as white people to be killed by police when unarmed, disproportionately imprisoned, overwhelmingly impacted by income equality, affected by health disparities and beset by unemployment.

After writing my first response to the Dolezal fiasco, I was pushed to consider my own commitments to rigid ideas about race. I questioned if I was right to offer a searing response to a white woman's claim to blackness before hearing her side of the story. I read think pieces and social media punditry cautioning others to think through our logics. And I listened. But I am more dismayed and infuriated about this moment than I was before, because Dolezal's story is another example of the extent to which white privilege works to distract society from the prevailing presence of whiteness and white racial supremacy.

This incident has never really been about blackness, or peoples' seeming inability to think differently about race. It is about whiteness: why white folks seek to evade it, and the leaps some will take to reposition themselves in response to its destructive power. And that is not an issue that should be centralized in this moment when so many are fighting for black lives.