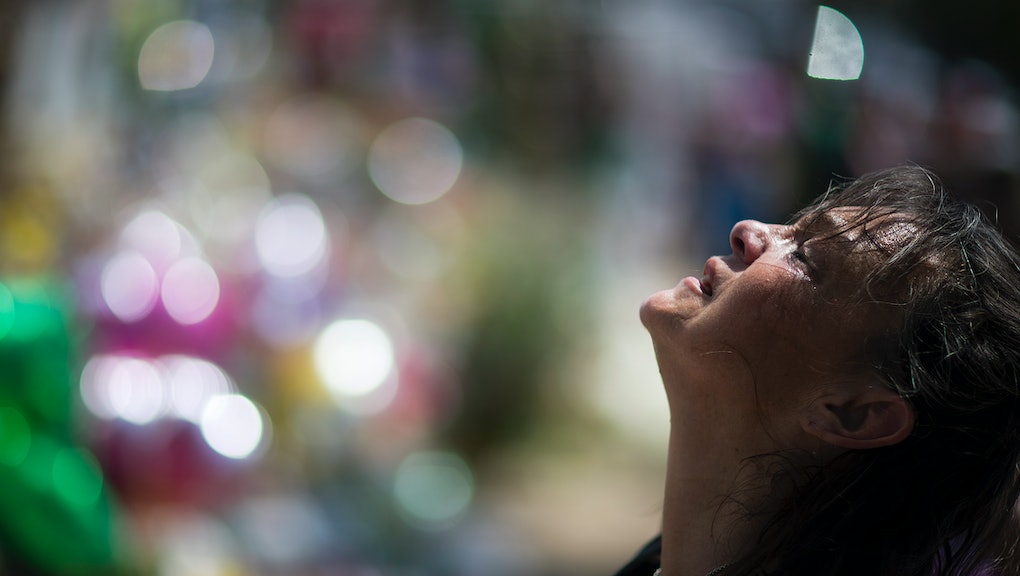 For some, the brave return of the black parishioners to the historic "Mother Emanuel" may be read as a sign of courage and hope — and it is. But it also the appalling consequence of an act that should not have happened.

Black people have long been asked to exhibit inordinate strength in the face of racist violence in the United States, which is why public push for forgiveness and reconciliation is the wrong next step. Rarely are black people allowed the space to rage; instead, we are encouraged to move past anger in ways others are not.

Numerous individuals on Twitter, including the Atlantic's Ta-Nehisi Coates, have called the hypocrisy of this expectation:

The parishioners of Mother Emanuel and the community members now suffering from the terrorist act that changed their lives forever need space to grieve and express righteous indignation. Asking black victims to hastily move past both mundane and spectacular eruptions of white racial supremacy is to deny them their humanity. Even more, the rhetoric of forgiveness should not be hurled around as a means of assuaging white guilt or minimizing black rage.

Forgiveness is an aspirational goal that requires accountability and justice. Beyond Roof's arrest, these can only be achieved when the people of South Carolina are ready to name and address the racist ideology that produces 21-year-old white racist terrorists, material inequity and institutional bias.

Framing forgiveness as an ostensibly higher moral aim than the outright expression of rage is not productive for social transformation or healing justice. And while forgiveness might bring about one type of spiritual freedom for both victim and perpetrator, it doesn't always absolve the trauma that eats away at victims' sense of peace in the wake of such violence.

Black people in the U.S. have been extremely gracious amid the devastating effects of state-sanctioned racial oppression and vigilante violence in our American past and present. How do we know? Because we exist in a country that is still standing despite the brutalizing ways it has suppressed black people for centuries. Asking black victims to easily forgive before addressing the actual violence that befalls them is disingenuous concern.