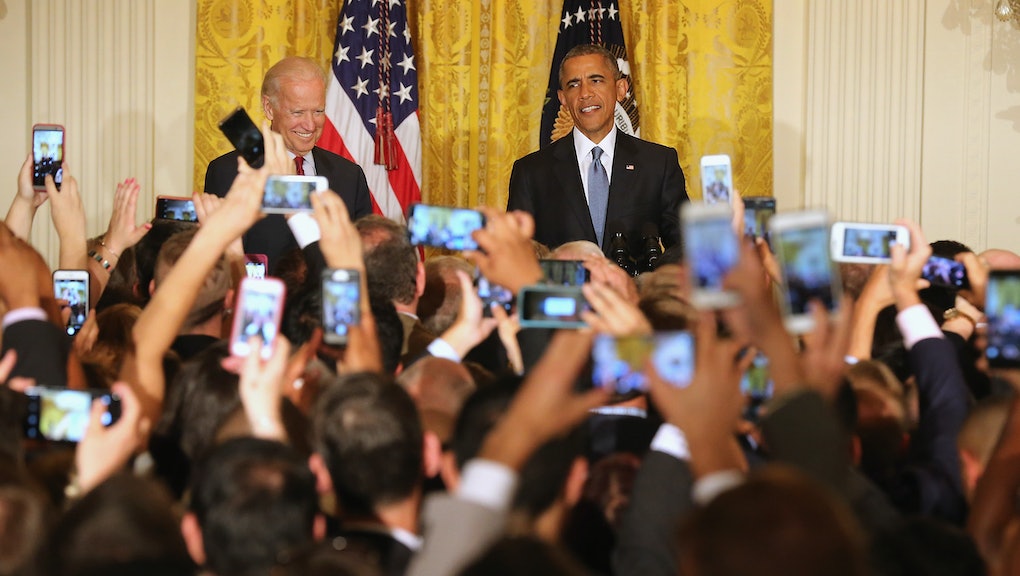 The White House celebrated LGBT Pride Month with a reception that brought together activists, journalists and policymakers Wednesday afternoon. The main attraction? President Barack Obama, who said nice things about all that this administration had done to improve the lives of LGBT Americans.

But it was Jennicet Gutiérrez who stole the show.

Obama's response made headlines. As he's done before, he showed no patience for Gutiérrez. "No, no, no, no," Obama said. "Hey, listen, you're in my house. You are not going to get a good response from me by interrupting me like this. Shame on you, you shouldn't be doing this."

Obama's reaction was picked up by the New York Times, CNN and ABC News, to name a few. Some thought of it was funny, others thought it was a sign of strength. Even the audience in the room with Obama cheered and applauded.

But Gutiérrez's point deserves much more than condemnation.

"As I reflect on what just happened at the White House, I am outraged at the lack of leadership that Obama demonstrated," Gutiérrez said in a statement to Mic shortly after she was removed from the White House. "He had no concern for the way that LGBTQ detainees are suffering."

Statistics are on Gutiérrez's side. The Obama administration has deported more than 2 million people since 2009. That's more people than any other president in U.S. history.

The administration has moved toward reform. In 2012, Obama issued an executive order issuing reprieve for certain undocumented youth from deportation proceedings. In 2014, he expanded that order to include some undocumented parents of U.S. citizens. Along the way, Obama has routinely pressured Congress to overhaul the country's draconian immigration system.

It's often LGBT immigrants who face some of the worst violence. They're 15 times more likely to be sexually assaulted than their straight counterparts, according to a study from the Center for American Progress. When those assaults do happen, they're rarely investigated. One detention center in South Texas was so troubled that the Department of Homeland Security launched an unprecedented 13 criminal investigations into staff misconduct.

Perhaps instead of admonishing Gutiérrez, we should listen.