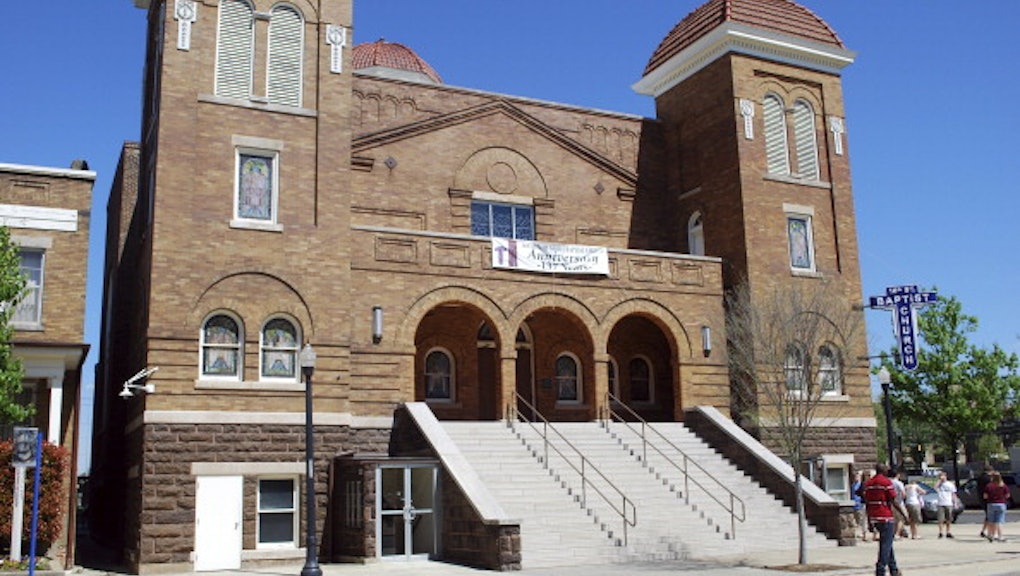 Black Churches Are Burning, and We Need to Be Asking Why

For those familiar with the long history of racist violence in the U.S., the recent fires at six predominantly black churches across the South might provoke painful memories of bigotry.

The fires all occurred within a week and a half of the murder of nine black parishioners by a white racial supremacist at the Emanuel African Methodist Episcopal Church ("Mother Emanuel") in Charleston, South Carolina. Officials are investigating at least three of the fires — in North Carolina, Tennessee and Georgia — as arson.

Because the investigations are not complete, it cannot yet be determined whether any of these fires were the consequences of racially motived terrorism. Nevertheless, the specter of racial bigotry in America's past haunts our present. White racial supremacists have long targeted black churches in the U.S.

"Across the diaspora, black spiritual and religious spaces — whether a clearing in the woods or a stone and mortar church — have nurtured rebellion, and that's why they continue to be under siege," J.T. Roane, a Ph.D. candidate in history at Columbia University, told Mic.

Here we are, in the summer of 2015, bearing witness to events that are eerie reminders of our past. The recent fires, especially in the aftermath of the Charleston massacre, thus have been interpreted by some black Americans as signaling the advent of another era of calculated anti-black animus.

Yet broad public response to clear patterns of violence is often tempered by apprehension. What will it take to talk more openly about the very real potential for violent responses to the current push for racial equity and progress?

Attacks on black religious spaces have occurred throughout history. The tragedy that befell Mother Emanuel, for example, wasn't the historic church's first brush with racist violence: The church was burned down in 1822, purportedly in response to cofounder Denmark Vesey, a former slave, conspiring to stage a slave revolt.

The 1963 bombing of the 16th Street Baptist Church in Birmingham, Alabama, occurred during the civil rights movement — a time of vehement anti-black violence in response to the uplifting of black communities. And a string of church fires and bombings rocked black communities in the South as recently as the 1990s. These latter attacks, understood by many as the violent responses of white racists to social transformation, led the National Trust for Historic Preservation in Washington D.C. to add churches to its annual list of the "most endangered" historic places in the U.S. in 1996.

Across the diaspora, black spiritual and religious spaces — whether a clearing in the woods or a stone and mortar church — have nurtured rebellion, and that's why they continue to be under siege.

"Amid the undeniable progress, the state's most passionate political debates continue to revolve around race," Michael A. Fletcher wrote in a 1996 Washington Post article in response to the previous 18-month's spate of burnings. Eerily echoing recent conversations, Fletcher also mentions a "divisive battle supported by the state's conservative governor to keep the Confederate battle flag flying atop the State House."

We must make sure history does not repeat itself. In this modern moment characterized by black resistance, we must condemn acts of anti-black racism. As Mic's Tom McKay recently wrote of the fires, "Unconscionable mischief or deliberately racist attack, the message is much the same. An attack on a black church is surely more terrible than a burnt-down CVS, and the string of possible arsons suggests that the kind of racial resentment that motivated the Charleston shooting still has deep and gnarled roots across the country."