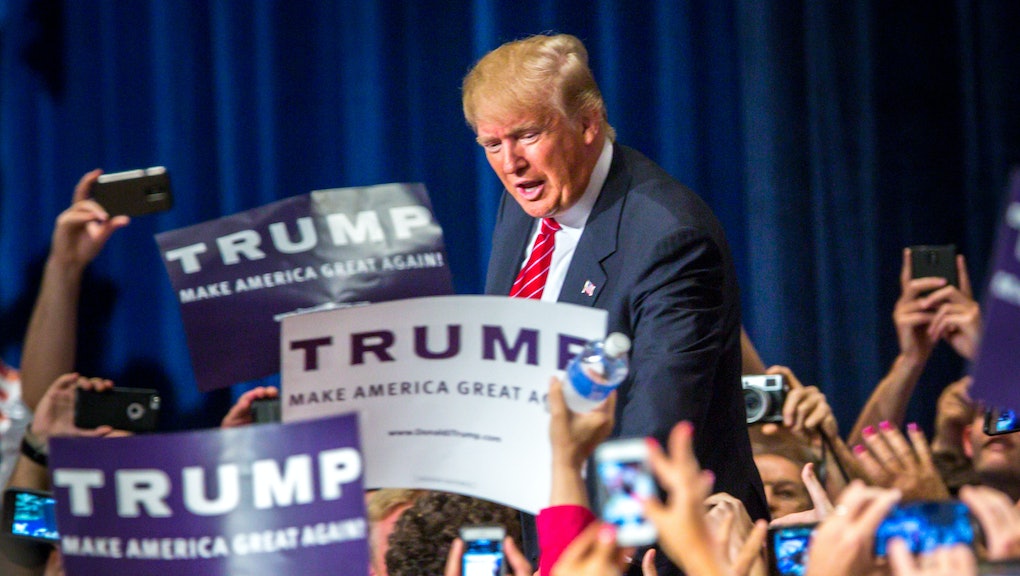 Fernando Sosa is a pretty quirky guy. A 31-year-old man who lives Orlando, Florida, Sosa studied animation in school and has been messing around with 3-D printers since about 2010. He's also a politics junkie who uses his 3-D printer to make the occasional butt plug now and then.

Sosa's motivation is simple. "It's funny," Sosa told Mic. "I do political figures sometimes as a hobby."

"I figure the best way to humiliate people is to make a butt plug out of them," he said.

In fact, Sosa was in the middle of making a butt plug to humiliate his former governor and current Republican presidential hopeful Jeb Bush when he heard about Donald Trump's speech lambasting Mexican immigrants. Sosa emigrated to the United States from Mexico with his parents when he was 11, so he took personal offense to Trump's declaration that people like him are bringing drugs and guns in the United States, and that they are "rapists."

So he scrapped the Bush butt plug idea and immediately got to work on one of Trump:

The plugs are made to order through his Etsy shop. So far Sosa says he's sold about 40, but he expects that number to increase dramatically.

Trump has since doubled down on his anti-immigrant comments. He told CNN's Erin Burnett, "It's not just Mexico. ... We have this open border, and it's like water pouring through." In a speech in Phoenix last weekend, Trump went even further, telling his conservative audience, "We have to take back the heart of our country." Meanwhile, companies including Macy's, NBC and Univision have all cut ties with Trump because of his comments. The Daily Beast estimates that Trump's big mouth has cost him $50 million.

A butt plug parade: Trump isn't the only politician to get Sosa's butt plug treatment. "3-D printed butt plugs are the perfect way to insult politicians and homophobes," he says.

And one of Russian President Vladimir Putin, which Sosa notes is "proudly made in America."

But as Trump doubles down, Sosa's stepping his game up too. He says he's working on another Trump figurine that's got the body of an orangutan with a detachable hair piece. Sosa says "it's a homage to Bill Maher for getting sued by Donald Trump after he said Donald Trump's real mother was an orangutan."