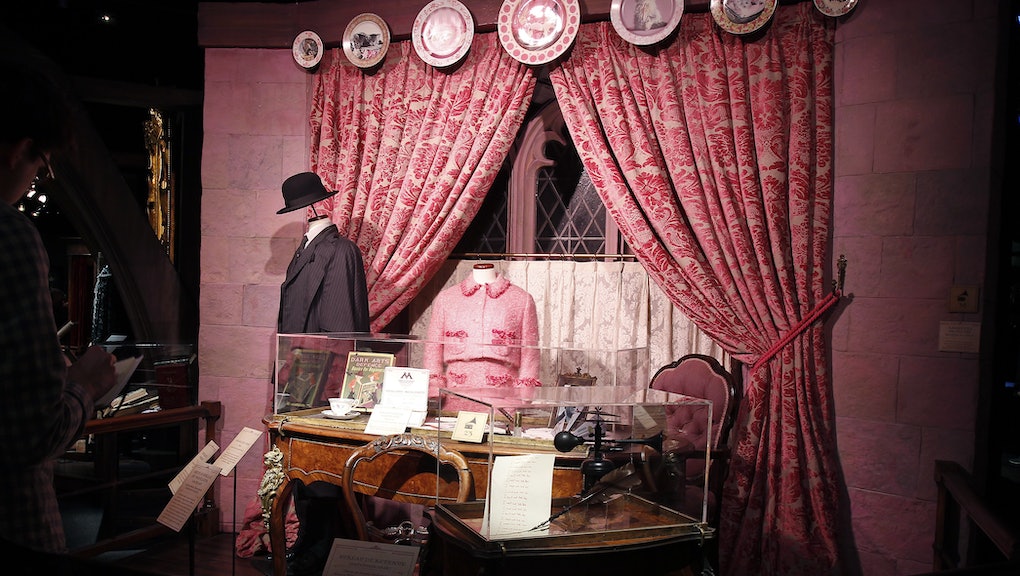 Many have long assumed that the protagonists in J.K. Rowling's Harry Potter series are white. In books and movies, it's always been the same: fair-skinned white children with freckles and loosely curled hair. But as Alanna Bennett points out at BuzzFeed Community, there aren't many direct references to the characters' races. In the case of Hermione Granger, we may have been getting it all wrong.

Bennett could only find one direct reference to Hermione's skin tone, which was in The Prisoner of Azkaban — and it wasn't white: "They were there, both of them, sitting outside Florean Fortescue's Ice Cream Parlor — Ron looking incredibly freckly, Hermione very brown, both waving frantically at him."

That's at least part of the inspiration for the numerous fanart pieces that have depicted the characters as black, Latino, Asian and mixed race. Over at the Huffington Post, writer Zeba Blay combed through the Internet to find a few alternate renderings of Harry Potter's main characters. Here's a quick look:

Why it matters: Whiteness is usually the default in most of the literature we read in the West. That's especially the case in children's literature, which, as FiveThirtyEight pointed out earlier this year, is still overwhelmingly white, despite the fact that American children are increasingly racially diverse. Thirty-seven percent of the U.S. population are people of color, while only 10% of children's books published over the last two decades contain multicultural content. In 2014, celebrated children's book author Walter Dean Myers wrote that the diversity gap in kid's books has major repercussions. "Books transmit values. They explore our common humanity," Myers wrote in the New York Times. "What is the message when some children are not represented in those books?

When those representations don't exist, it's usually up to readers to create them.