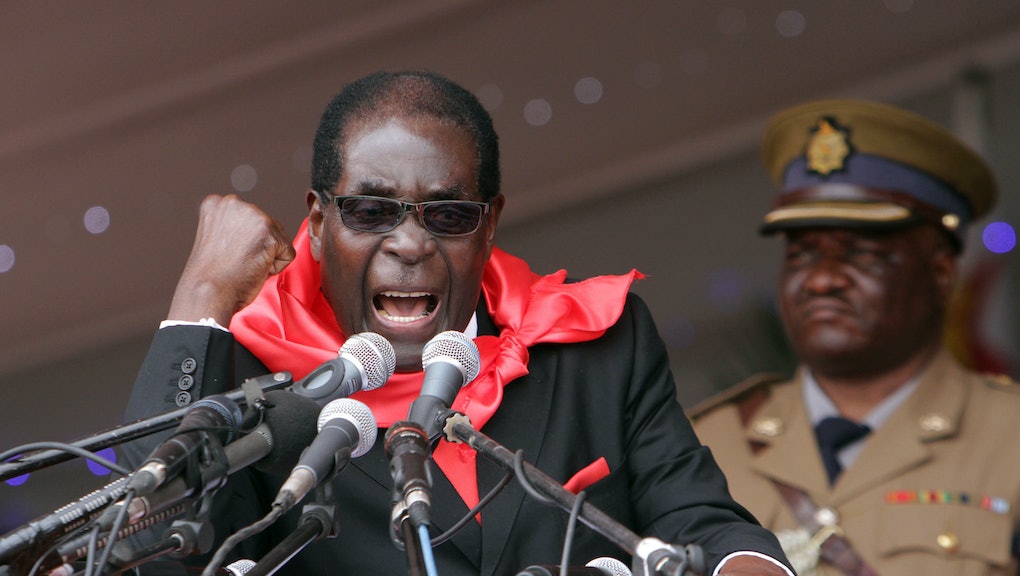 Wildlife authorities in Zimbabwe announced over the weekend that hunting lions, elephants and leopards would be suspended around the area of Hwange National Park, where American dentist Walter Palmer recently killed the preserve's star attraction, Cecil the lion.

"[The] hunting of lions, leopards and elephant in areas outside of Hwange National Parks has been suspended with immediate effect," said a statement released by the Zimbabwe Parks and Wildlife Management Authority. "All such hunts will only be conducted if confirmed and authorized in writing by the Director-General of the Zimbabwe Parks and Wildlife Management Authority, and only if accompanied by parks staff whose costs will be met by the landowner."

The temporary measures, along with swift demands by the Zimbabwean government for Palmer's extradition, appear to stand in contrast with the country's history of neglect toward their native wildlife populations. The government of Zimbabwe and its dictator Robert Mugabe have been complicit in the very crimes they now decry.

In February, a celebration of Mugabe's 91st birthday party featured a lion, shot and stuffed for the occasion, as well as a crocodile. Partygoers at the $1 million spectacle also feasted on buffalo, impalas and a baby elephant, donated by a Mugabe admirer, the Los Angeles Times reported.

"It had grown up [with] a tendency of charging and hostility to farmers," landowner Tendai Musasam, who donated the elephant, told the Los Angeles Times. "Elephants have got characters, like human beings. There are the rogue ones who become accustomed to being thieves. They attack people guarding the fields. ... We send a message to the rest of them not to be rogue animals. We put down the most formidable charger or aggressor to say to the rest, 'Don't do this thing.'"

In a phone call, the Zimbabwean government pushed back against any possible sense of impropriety. "In Zimbabwe, the elephant is not endangered," Richard Chibuwe, the country's minister-consulate to the United States, told Mic. "I think sometimes you guys need to go out there and see for yourself."

One man who was not surprised by the government's indulgences was Johnny Rodrigues, the chairman of the Zimbabwe Conservation Task Force.

"I don't believe that," said Rodrigues, when asked about the government's claim that elephants were not endangered. While it is impossible to know with absolute certainty, Rodrigues said anecdotal evidence around the country indicated populations had dropped significantly. "Down in the Zambezi valley we've lost 40%," he claimed. The estimate was roughly backed up by figures from the country's Zambezi Society.

With its rich wildlife, Zimbabwe is often a popular location for wealthy foreigners looking to participate in "conservation hunting." The idea theoretically helps preserve animal populations by requiring hunters looking for a kill to pay high fees that go toward wildlife protection. In practice, however, as experts previously told Mic, the money typically ends up in the pockets of tour operators.

Rodrigues, who has lived in Zimbabwe and colonial Rhodesia before that since 1954, said he had been a thorn in the side of the government for years on conservation issues, often at great personal risk to himself.

"I had five attempts on my life," he told Mic. "Last year they cut my breaks, which is common in this country. I was shot at; I was held hostage with 200 armed bloody idiots."

Palmer, the hunter who started it all, has been in hiding since the story exploded last week. It remains to be seen whether the U.S. will honor Zimbabwe's request and send him to the country to face justice.