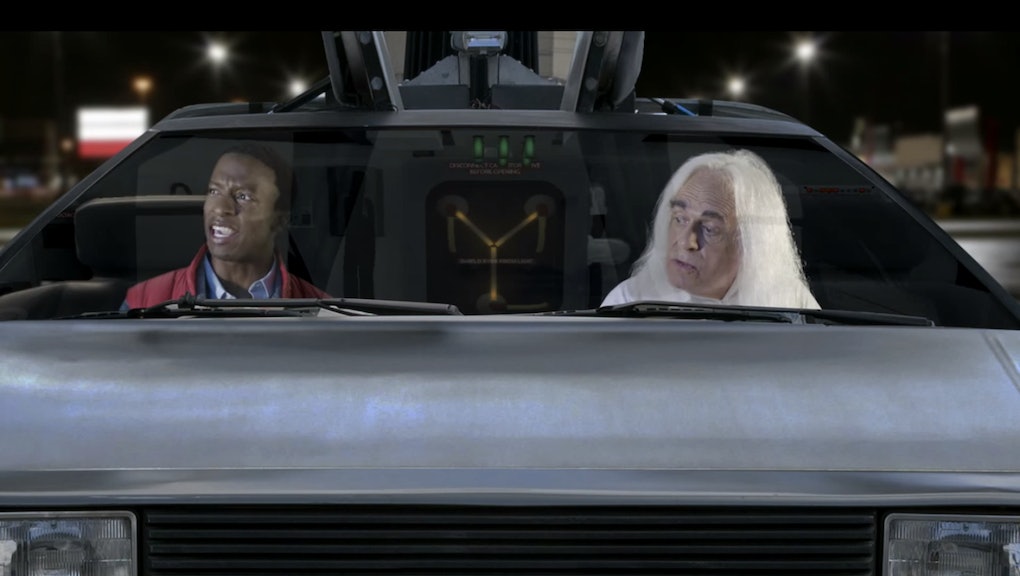 One Video Hilariously Answers "What If Our Favorite Movies Starred Black Folks?"

Ever wonder what Hollywood's most beloved movies would be like if they starred black characters? A new video featuring Internet darling Franchesca Ramsey at MTV's Decoded series dares to ask and answer that question, and it's hilarious.

It's a funny take on a pretty dismal matter. The video skewers microaggressions, racism and the realities of police brutality, while also making it clear that certain films like Back to the Future would have been completely different had Marty McFly been a black teenager who had to go back to racially tumultuous 1955.

But this funny video also reflects the lack of diversity in some of our most beloved films. Many of the movies satirized by MTV include Oscar winners, which had its own set of diversity problems this year. A report issued last year by the Media, Diversity and Social Change Initiative at the University of Southern California looked at inequality in 700 major films released between 2007 and 2014. The results weren't too surprising: Seventy-three percent of characters were white, most were males and many skewed younger.

"Only with sustained effort and change can Hollywood move from an industry of inequality to one of inclusion," the report's authors write. In the meantime, we can all just laugh at the sad reality of Hollywood today.