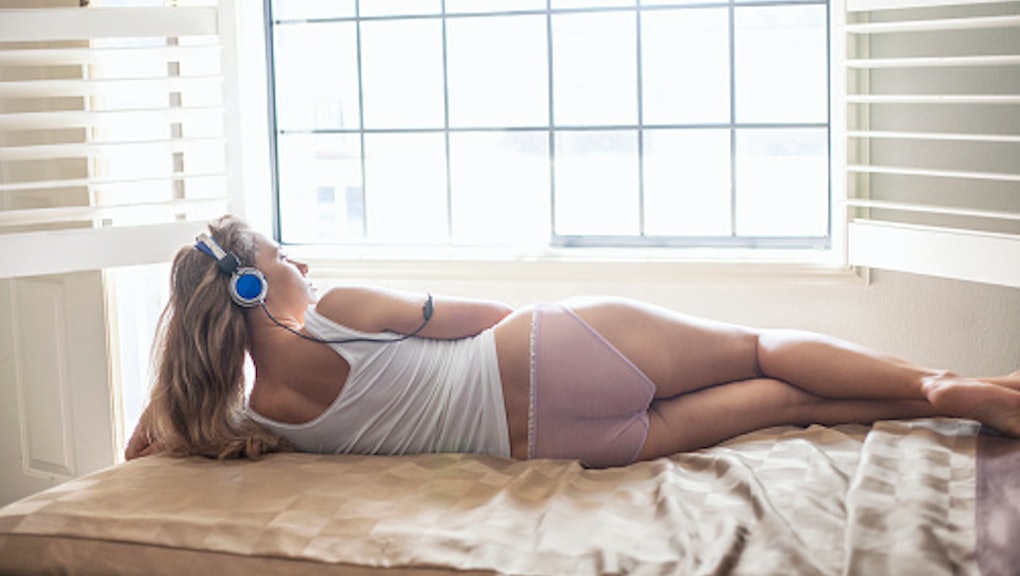 At first blush, "Love Myself" seems like a conventional female self-empowerment anthem. But with lyrics like "When I get chills at night/ I feel it deep inside without you/ Know how to satisfy/ keeping that tempo right without you," it's pretty obvious that Steinfeld is referring to good old-fashioned self-love.

The Divinyls' 1990 classic "I Touch Myself" is essentially about telling a partner they're so desirable, you can't help but touch yourself when you think about them. What could be sexier than that?

3. Finding yourself sexy is OK.

According to the legendary Ms. Cyndi Lauper in the 1983 song "She-Bop," "she-bopping" and "he-bopping" (her very-1980s code words for diddling the fiddle) is the hottest trend in town. That's probably why the song was put on the conservative Parents Music Resource Centre's Filthy Fifteen. But even though Reagan-era parents might have tried to stop their teens from touching themselves, thanks to the power of Lauper's music, they continued to she-bop and he-bop nonetheless.