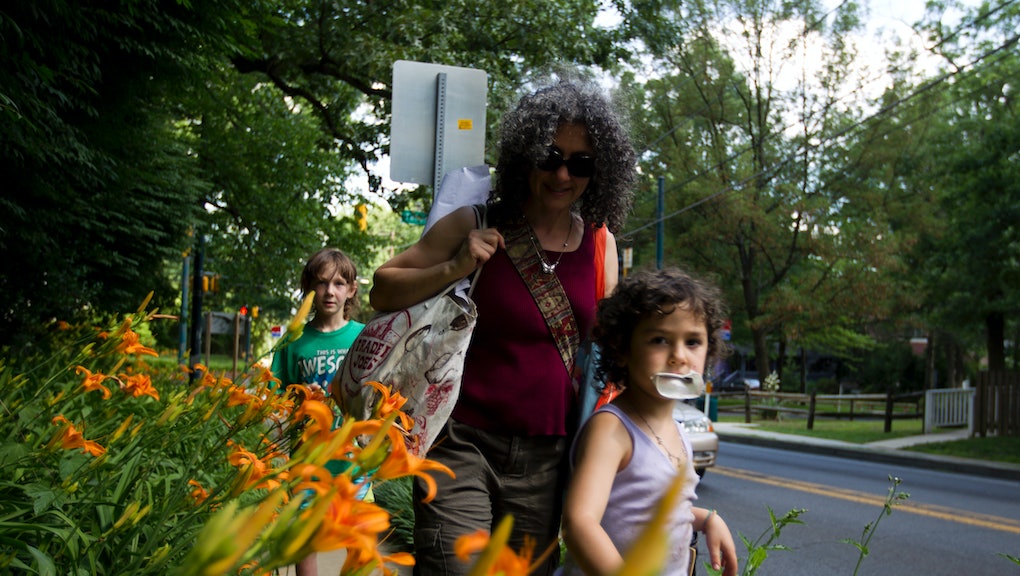 More than 42 million adults in America, around 18%, have some form of mental illness, according to Newsweek. It stands to reason that a fair share of those people are parents, trying their best to raise children and manage conditions that are still roundly stigmatized and seldom talked about.

In an essay on Broadly, Fariha Roisin describes in detail what it's like to be the child of a parent who's living with mental illness. The piece itself is worth reading in full for the way it knowingly describes the guilt, confusion and love that often wrack families who struggle together to manage a person's illness. But that pain is especially acute for children, says Roisin:

When I was younger, I managed to transform myself, to be stronger and more patient, so that I could be a custodian of her dreams. Somewhere in the process of my own maturation, I realized that obfuscating my own happiness for hers would never end happily for either of us. My identity constantly shifted because of her, oscillating between the two halves of me — the one that was trying to please her and the one that was trying to live.

The scope of mental illness in America is pretty staggering. As Mic's Julie Zeilinger reported last month, siblings of people with mental illnesses often deal with what's known as well sibling syndrome. According to clinical psychologist Stacey Rosenfeld, siblings and children of people with mental illnesses often experience stress, which can "trigger health concerns," as well as the sense that their family member is "misunderstood and not treated well by society." Roisin writes of her mother, "While she was trying to hurt us, she was simultaneously trying to rediscover herself. She hurts us because we are the only things of value to her, self-destructively, because it hurts her as well."

It may seem lonely to battle a mental illness, or to love someone who is engaged in their own battle. But the problem is much larger than we're led to believe.