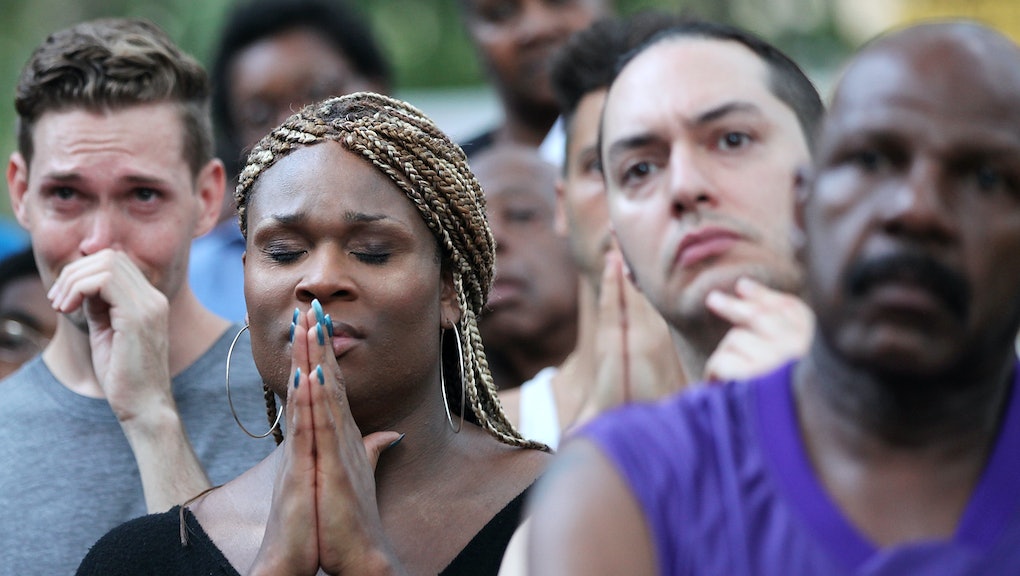 The Loud Silence When Trans Women of Color Are Killed

Eyricka Morgan, 26, was a black transgender woman. She was a student at Rutgers University in New Jersey. She was an activist. She was fatally stabbed in September 2013. She was my friend.

I last saw Eyricka — alive and happy — in November 2011 at a Rutgers conference focused on the experiences of LGBTQ residents in Newark. There, she fearlessly shared her story with the packed room of attendees. She talked about the unique challenges she overcame in her home, schools and broader community. She shed light on a growing trend that is largely ignored: the brutal violence enacted upon trans women of color.

Like Eyricka, Dominquez's life was violently taken from her with no widespread public outcry. Dominguez, Elisha Walker, Shade Schuler, Amber Monroe and Kandis Capri are just some names of the most recent casualties of the war against trans women of color, even as people like Caitlyn Jenner and Laverne Cox break cultural barriers in mainstream media.

Eyricka's life was an intersection of identities and challenges. As a black woman, she was a target of the sexist and misogynistic actions of men — white, black and brown alike. As a black trans woman, invisibility and trans-antagonism were common in both cisgender LGB and heterosexual spaces. She also grew up under modest conditions in Newark, where her life was fraught with a range of economic challenges.

The many harrowing stories of murdered trans women of color are also Eyricka's story. After she was killed, one local news outlet misgendered Eyricka, referring to her as a "he"; Eyricka was burdened by trans-antagonism even in death. Misgendering transgender victims this way is a common practice of willful prejudice. Shortly after 21-year-old Islan Nettles was killed in New York City in August 2013, she, too, was repeatedly misgendered, even at the vigil held in her honor.

Nettles' friends spoke up against this mistreatment. After Eyricka died, we, her friends, had two options: Speak up or remain silent. As cisgender allies we could choose to do our part to ensure Eyricka's story was shared, or we could do nothing. But true allies are not absent when they are needed most.

Many trans women of color are fighting just to live, and dream of stopping the onslaught of violence in their lives. Among LGBTQ communities, trans people are most susceptible to police violence; trans women in particular are most likely to be killed by hate violence homicides, according to the advocacy organization the Anti-Violence Project.

"Black trans women should never have to live in fear that today will be their last day," Elle Hearns, a field coordinator at the LGBTQ advocacy organization Get Equal, told AlterNet. "It is a national emergency that we must pay attention to by taking action to support and sustain the lives of trans women who are under attack."

Hearns is right. The public can no longer remain silent and still as trans women face economic vulnerability and violence. Trans women of color are our sisters, daughters, friends, partners, mothers and colleagues. But even when they bear no relation to us at all, they are human beings deserving of wellness, equity and life.

It is impossible to realize this truth, however, if cisgender people refuse to name and demolish our biases. Cisgender people must be self-reflective enough to admit that our privileged vantage point often frustrates our ability to empathize with trans women of color. After Nettles' murder, for instance, trans advocates and allies questioned the response of cisgender individuals who fit under the so-called LGBTQ umbrella. "I am ashamed of lesbian, gay and bisexual people right now," Christian Fuscarino wrote at the Huffington Post. "We've had a great tragedy in our community, and few of us have reacted with even an ounce of the effort we've put into the fight for marriage equality."

Monica Roberts, curator of TransGriot, an online platform that has long been at the forefront of reporting on violence against trans women of color, wrote a similar piece in response to the recent killing of 25-year-old trans woman India Clarke in Florida: "Once again I ask the question of my African-American cis brothers and sisters: When will #BlackTransLivesMatter? When will your trans brothers and sisters see ministers and politicians decry the loss of these lives as loudly as you do for cisgender Black people?"

Trans women of color need us all to listen to their stories when they are alive so that we are not grief-stricken when they are slain. We could all have fewer occasions to shed tears if we followed the lead of trans women of color in the fight to end trans antagonistic violence now. Eyricka, Tamara, Elisha, Shade, Amber, Kandis, Papi, Lamia, Ty, Yazmin, Taja, Penny, Kristina, Keyshia, London, Mercedes, India, K.C. and so many other trans women of color killed deserve more than silence. It takes self-reflection and determined effort to overcome complacency in a society that often treats those who defy rigid cultural norms — like gender nonconforming and transgender people — as unworthy of respect or safety, but it should not have to take a friend's death to remind us to speak up.