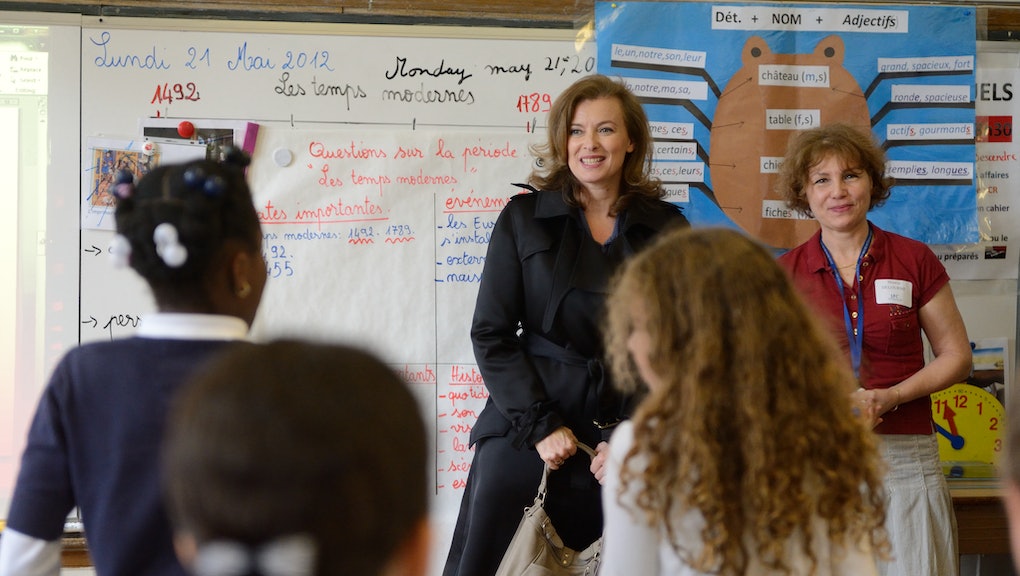 5 Simple Ways to Make Classrooms Better for Kids of Color

As millions of kids fill up America's classrooms over the next several weeks, here is what they'll find: a historic teacher shortage, long-brewing fights over standardized testing and schools that are more segregated now than they have been in decades. For kids of color, today's classrooms can be particularly rough, but if you're a teacher, parent or just someone who cares, here's how you can help.

Don't default to suspensions. Over the past several years, startling data has emerged on just how much many schools rely on suspensions, and how those suspensions disproportionately affect students of color. Starting as early as preschool, black boys and girls are suspended at higher rates than their white peers. Those suspensions are often for minor infractions, like showing up to class late or violating a school's dress code.

Researchers have found that even one suspension can double the risk of a student dropping out of school or winding up in juvenile detention, strengthening what advocates have termed the "school-to-prison pipeline." Alternatives to suspensions can range from modeling preferred behavior to fostering stronger relationships with community leaders.

Have high expectations. When former President George W. Bush talked to the NAACP in 1999 about the "soft bigotry of low expectations," he had a point: Kids fail if you expect them to fail. Bush later ushered in a new era of high-stakes testing that's divided much of the education policy world, but his broader point was true. Studies have shown that teachers have lower expectations for kids of color and low-income students. If you expect more from students of color, especially when they're struggling in the classroom, they might surprise you — and themselves.

Talk about race. Kids notice race even before they're old enough to enter school, so it only makes sense to talk honestly, openly and constructively about it. As it turns out, talking to kids about race isn't all that difficult. According to Border Crossers, an advocacy group that specializes in talking to younger kids about race, the conversation can start with first acknowledging kids' observations about difference, and then talking to them about it. If you need help, there are some great (and free) resources available.

Advocate for school staff of color. Despite the fact that more than half of America's public school students are of color, the vast majority of the teaching force in America is white. For teachers and support staff of color, being in classrooms with kids of color is especially important. They don't just provide role models for students of color, but benefit white students too, because they can provide valuable and different perspectives than what they're used to. Yet it's hard to retain teachers of color because many don't feel supported inside or outside the classroom.

It's going to take more than empty words and charged rhetoric to transform America's classrooms. The most impactful changes will happen one day at a time.