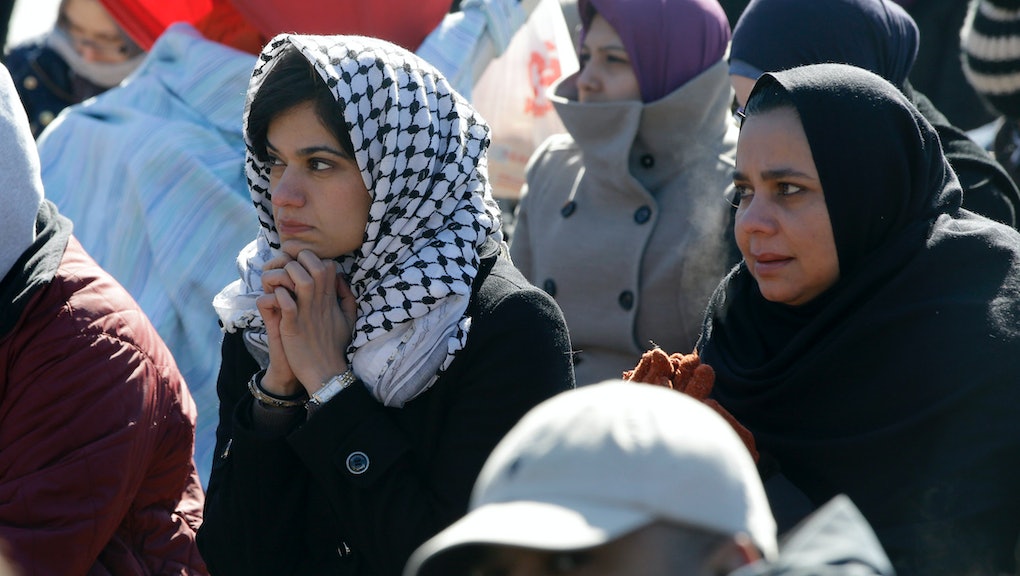 This Is the 9/11 Legacy America Doesn't Want to Remember, But Should

It's been a harrowing week for Inderjit Singh Mukker.

On Tuesday, the 53-year-old Sikh man was brutally attacked in a suburb of Chicago. In what authorities are calling a possible hate crime, Mukker was involved in a traffic altercation that escalated after two assailants hit him in the face and called him "terrorist" and "bin Laden." Mukker, who is a United States citizen, was also told to "go back to your country," according to the Chicago Tribune. A teenager, whose name has not been released, has been arrested in the attack and could face hate crime charges.

The attack highlights a dark and disturbing post-9/11 legacy of hate crimes — most dramatically, hate crimes against practicing or assumed Muslims in America.

Anti-Muslim hate crimes are five times more common today than they were before Sept. 11, 2001.  That increase was recently highlighted by the Washington Post's Wonkblog, drawing on data from the FBI's Uniform Crime Statistics.

The data is startling. Before 9/11, there were, on average, between 20 and 30 anti-Muslim hate crimes a year, the Washington Post reported. After the deadly terrorist attack, the number of hate crimes against Muslims spiked to 500 in 2001. In the decade-plus since then, it's remained around 100 to 150. Just as troubling as the number of crimes is the enormous range of victims targeted, whether or not they are actually Muslim.

In 2011, the Southern Poverty Law Center, a civil rights organization, submitted a list of dozens of anti-Muslim hate crimes to a Senate judiciary subcommittee on civil and human rights. The list included several instances in which people like Mukker, who were mistakenly identified as Muslim, were targeted. In fact, a report released earlier this year showed that more people in the U.S. have been killed in terrorist attacks waged by white supremacists than in attacks by Muslim extremists since 9/11.

This deadly trend began just days after the 9/11 terrorist attacks. On Sept. 15, 2001, Balbir Singh Sodhi, a gas station owner in Mesa, Arizona, was mistaken for Arab and was shot and killed by Frank Silva Roque, who before the shooting told witnesses he was going "to shoot some towel-heads."

Fourteen years after the tragedy that rocked America, the tragedy of bigotry is as prevalent as ever and, like 9/11 itself, cannot be forgotten.