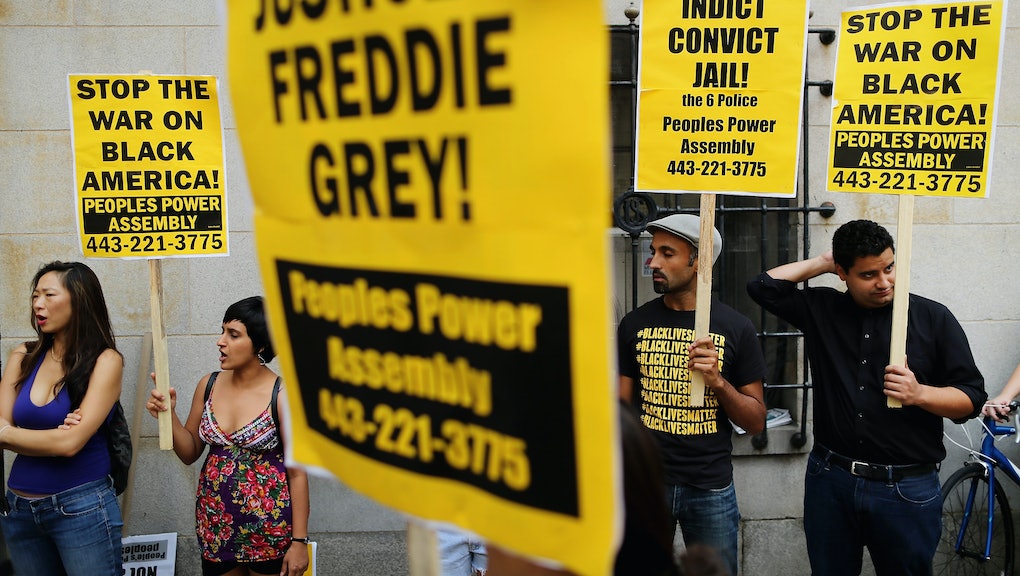 Surf City, North Carolina, police Chief Mike Halstead is fed up with Black Lives Matter. That much became clear when he took to Facebook recently and called the dispersed network of activists "nothing more than an American-born terrorist group brought on by the lie of the 'hands up, don't shoot' [crowd] during the criminal thug Michael Brown incident." Halstead's long post indicted everyone from President Barack Obama and former Attorney General Eric Holder to activist Al Sharpton and Nation of Islam leader Louis Farrakhan for bringing on what he calls "America's race problem."

Once his Sept. 3 Facebook rant made headlines, Halstead retired after an emergency meeting with town managers, WNCN reports.

It's not the first time Black Lives Matter has been conflated with the concept of terrorism. In recent weeks, Fox News has had no qualms in calling them a "hate group," framing them as a threat to America. Fox anchors Elisabeth Hasselbeck and Bill O'Reilly have led the charge.

Black Lives Matter activists have been clear that they're working toward reforming police officers' interactions with black residents. Some activists affiliated with the Black Lives Matter network have laid out policy recommendations in a platform called Campaign Zero, which calls for an end to so-called "broken windows policing" and an increase in community oversight.

Yet on the law enforcement side, some leaders like Halstead and Patrick J. Lynch, president of the New York City Patrolmen's Benevolent Association, have had the opposite reaction. In response to widespread criticism for mistakenly and brutally tackling former tennis pro James Blake during a recent investigation, Lynch wrote what he titled "An Open Letter to All Those Inclined to Jump to Conclusions" that "it's mystifying to all police officers to see pundits and editorial writers ... come to instant conclusions that an officer's actions were wrong based upon nothing but a silent video." He continued, "That is irresponsible, unjust and un-American."

Roots of policing. Even the idea of criminality in the United States is focused largely on controlling black bodies. In his masterful look at mass incarceration this week, Ta-Nehisi Coates wrote for the Atlantic that unwarranted fear has long fed tough-on-crime policies — the very policies that Black Lives Matter activists have rallied against in recent months. Coates writes:

The principal source of the intensifying war on crime was white anxiety about social control. In 1927, the Supreme Court had ruled that a racial-zoning scheme in the city was unconstitutional. The black population of New Orleans was growing. And there was increasing pressure from some government officials to spread New Deal programs to black people. "At no time in the history of our state," the city's district attorney claimed in 1935, "has white supremacy been in greater danger."

White terrorism has already proven deadly this year. In June, Dylan Roof walked into a black Charleston, South Carolina, church armed with a gun and white supremacist ideas honed by the Council of Conservative Citizens and massacred nine people. Later, when pressed about its racist ideology, CCC spokesman Jared Taylor told CNN didn't back down. "What Dylann Roof learned were facts, facts that are hard to find because they are essentially taboo in the United States today," he said in an interview. "So we have absolutely no apology for publishing the facts."