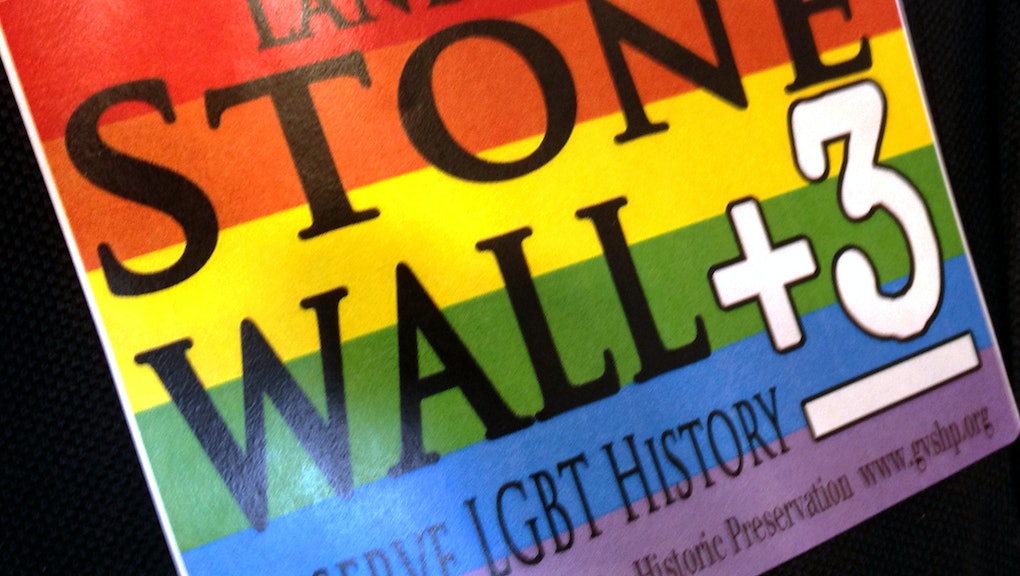 Long before Roland Emmerich's highly anticipated Stonewall was screened for journalists and others, LGBT activists of color expressed concerns that the film was too white. They had plenty of reasons to worry.

The historical drama, which hits theaters this week, wraps a watered-down version of gay liberation into a nice couple of hours that ultimately erase the contributions of people of color. In this film, Ray (played by Jonny Beauchamp), the film's emotional anchor, and even an early introduction to pioneering transgender activist Marsha P. Johnson (Otoja Abit) are mostly portrayed as helpless victims trapped in hopelessness. A pivotal scene, in which Johnson's character hands off a brick for Danny to throw through a window and start the rioting, is completely whitewashed.

It's a hugely important moment, not just in the film but especially for LGBT history. The brick symbolizes the demand to end decades of abuse suffered by the LGBT community at the hands of police, organized crime and society's endemic homophobia. In handing the brick to Danny, the film literally whitewashes a seminal contribution to the LGBT movement by a black transgender woman.

Here's what really happened. In a documentary about Johnson's life, Pay It No Mind: The Life and Times of Marsha P. Johnson, historian David Carter, author of a book called Stonewall, recounts, "The story was that Marsha Johnson said, 'I got my civil rights!' and then threw a shot glass into a mirror, and that started the riots." He continues, to members of the Gay Activist Alliance, a pioneering gay rights group of the time, he said, "this became known as the Shot Glass That Was Heard Around the World."

Here's how Johnson described her contributions to Stonewall:

But erasure's nothing new. It's only been in recent years that the transgender community has gotten the recognition it has long fought for. And that contribution also includes their often-forgotten efforts to secure human rights for people who don't identify as cisgender and hetereosexual. According to a survey from the National LGBT Taskforce, many black transgender people live in extreme poverty and have experienced higher than average levels of race and gender discrimination. The battles that Johnson personified are still very much being waged.

"When I think of Marsha P. Johnson, I think of someone who kids today who are gay today know nothing about, which is a shame, really, because she's one of the reasons they're sitting in all their liberated glory today," Michael Lynch of Hot Peaches, their drag performance group, says in the documentary. "Marsha paid the price for who she was."