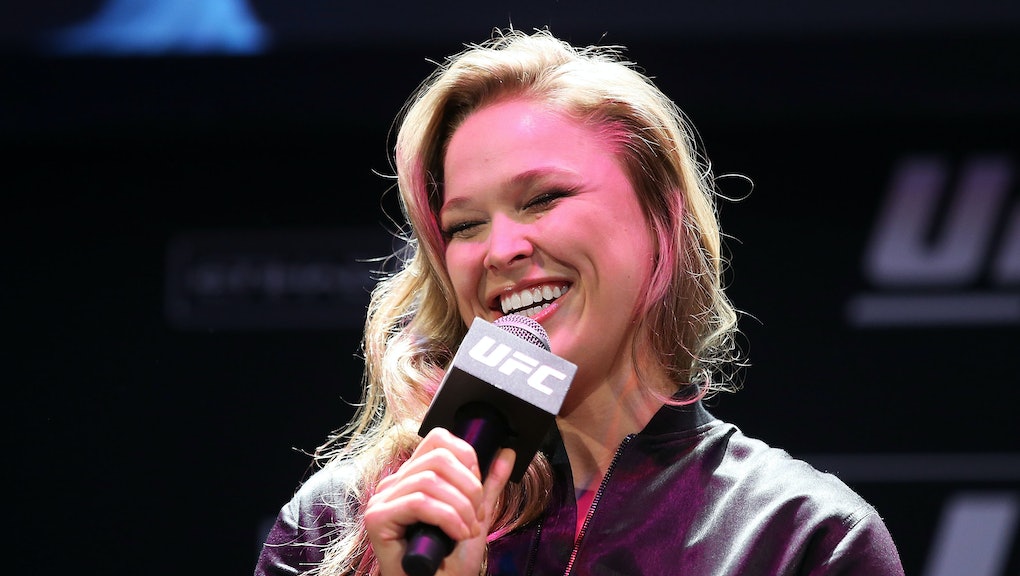 Ronda Rousey is on pace to have one of the most dominant professional fighting careers in history, but she recently found herself with a whole new set of opponents after she posed for the cover of Men's Fitness Australia.

There was plenty of pushback from people who felt it was wrong for a woman to appear on the cover of a men's magazine, as BuzzFeed's Brad Esposito pointed out earlier this week.

When asked about the controversy in a recent interview with Huffington Post's sports editor Justin Block, in true Rousey form, she didn't pull any punches. She said it was appropriate for her to be on the cover because ambitious women push men in their lives to also do well.

"It's easy to be lazy and not push yourself when you're with a woman who doesn't challenge you at all," she said. "I think that's why some men are intimidated by successful women, because they're intimidated by that challenge and that comparison and really having that in their lives, having someone to pursue achievements with."

If anything, she said, "A real man is one that doesn't feel the need to dim the light of his woman in order to make himself feel brighter."

It's not the first time Rousey has taken on the patriarchy head-on. She's had a longstanding feud with Floyd Mayweather and has called him out for physically abusing women in his life. After winning the ESPY for best fighter over Mayweather this year, Rousey said, "I wonder how Floyd feels being beat by a woman for once. I'd like to see him pretend not to know who I am now."