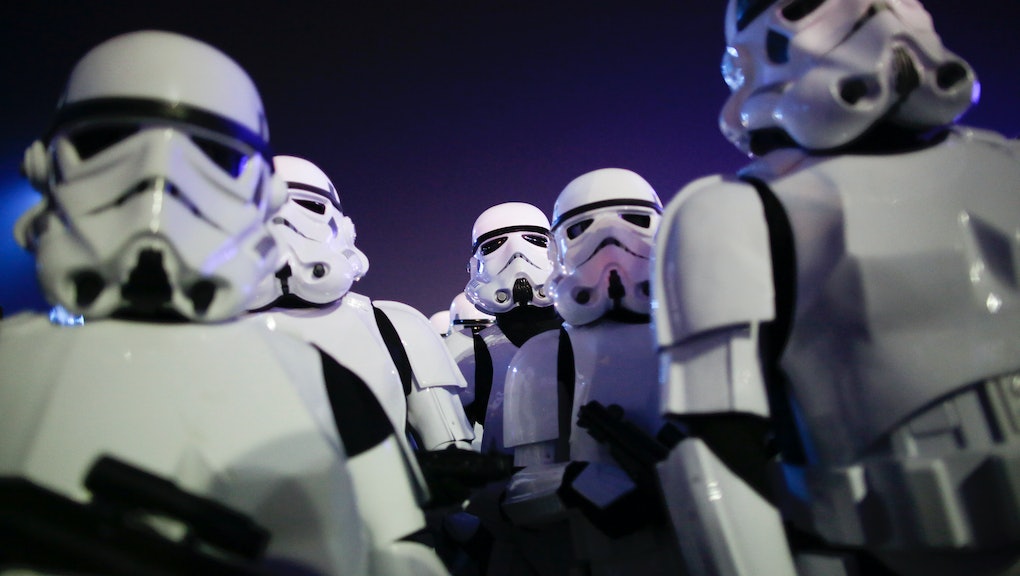 The only thing that's more American than racial diversity is complaining about that diversity.

That sentiment was on display big time this week after a new Star Wars trailer was released and inspired two trolls to a #BoycottStarWarsVII hashtag. The trailer featured John Boyega, an English actor born to Nigerian parents, as a stormtrooper, which then spawned the hashtag #BoycottStarWars for allegedly being "anti-white."

Which, of course, is dumb, as The Daily Show's Trevor Noah pointed out on Tuesday night. But it's certainly not surprising. "Getting upset about the race of fictional characters is not just a Star Wars thing," Noah said. "In fact, it's becoming a pastime. It happened with Rue from The Hunger Games, it happened with Spider-Man."

Most recently, it happened when black actor Michael B. Jordan was cast in The Fantastic Four. In an interview with Entertainment Weekly, Jordan responded directly to the criticism. "Sometimes you have to be the person who stands up and says, 'I'll be the one to shoulder all this hate. I'll take the brunt for the next couple of generations.' I put that responsibility on myself," he told the magazine.

Once again, actors of color are being put in the awkward position of having to defend their existence. So far, Boyega's rolled with the punches. In responding to the criticism last year, he included a brief note at the end of a letter to supporters — and haters:

Thank you for all the love and support! The fan mail and fan art has added to my joy! Isn't it crazy that Star Wars is actually happening? I'm in the movie but as a Star Wars fan I am very excited. A year is a long time, but it will be worth the wait.

To whom it may concern: Get used to it.