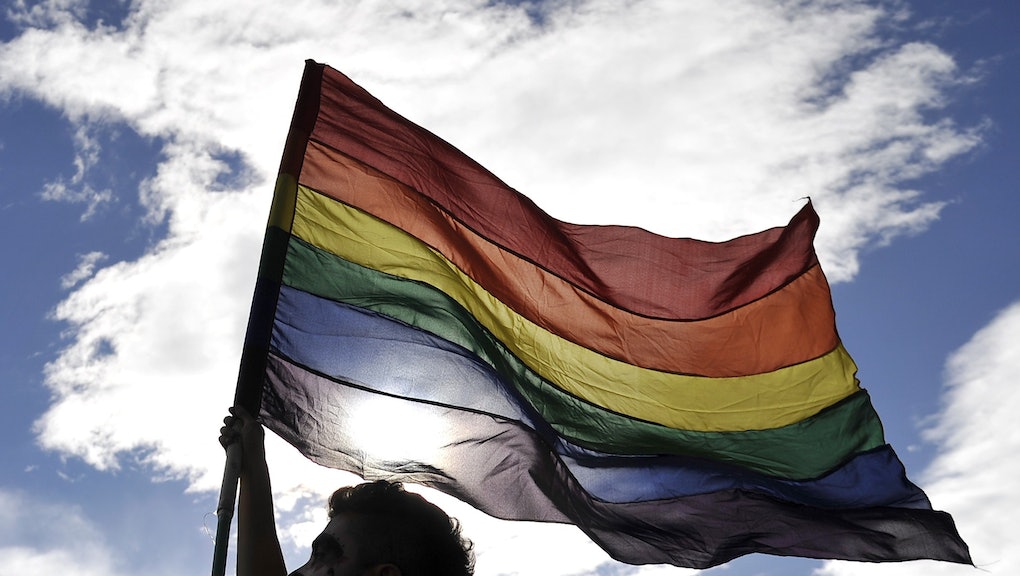 When Texas state Rep. Mary Gonzalez ran for office in 2012, she made headlines as the first lesbian state legislator. Soon after taking office she came out again, clarifying she's pansexual, in an interview with the Dallas Voice. "During the campaign if I had identified as pansexual, I would have overwhelmed everyone," she said. "Now that I'm out of the campaign, I'm completely much more able to define it."

Naturally she's not alone. The term pansexual has been around for decades. Its origins aren't quite clear — some attribute the term to Sigmund Freud at the turn of the 20th century. But the term has burst into the mainstream in recent years thanks in part to the high-profile stars like Miley Cyrus and rapper Angel Haze who use it publicly to describe their physical attractions.

As gender fluidity and sexual fluidity become more widely accepted, pansexuality has emerged as one of several terms people use to express at least parts of their sexual identities. Even among those who identify as pansexual and talked with Mic, their interpretation of the word and its history differed widely.

Put simply: Pansexuality exists on a scale of sexual fluidity, which also includes bisexuality. "Whether it be pansexual, omnisexual, polysexual, fluid, queer or any of the other 30-plus terms for expressing a scientifically bisexual orientation, it's clear there's a diverse community of people all quite excited to see their capacity for love validated," Faith Cheltenham, president of BiNet USA, wrote in an email to Mic. Cheltenham identifies as bisexual and pansexual, noting that the terms people use may vary based on race or region.

"As a black woman, I understand people of color are more likely to utilize the term bisexual, rather than pansexual, perhaps because of the frequency of which white folks access higher education," where, she said, the term pansexual has proliferated and the term bisexual has been stigmatized and shunned to the point of erasure.

Robyn Ochs, an editor of Bi Women Quarterly who speaks nationally about sexuality, said she is dismayed at how much misinformation exists, even among LGBTQ people, about those who occupy what she calls, "the various middle sexualities." To that end, Ochs offers a definition of bisexuality that is more nuanced than what's traditionally understood in mainstream media: "I call myself bisexual because I acknowledge that I have in myself the potential to be attracted — romantically and/or sexually — to people of more than one sex and/or gender, not necessarily at the same time, not necessarily in the same way and not necessarily to the same degree.

"When I hear people say that bisexual is a term that reinforces the gender binary, I know they're not listening. I identify as bisexual, pansexual and queer and I don't see a conflict between those terms."

3. They're probably not that into you.

Caitlin McCarthy came out as pansexual five years ago, and since then they've had to do a lot of explaining. "People assume that just because you can be attracted to anyone means that you automatically want everyone," they told Mic. "You can't determine someone's sex life by their sexuality."

Ochs agrees. "Pansexuality involves acknowledging that one is attracted to a wide range of different identities," she said, "not necessarily to each and every person in those identities."