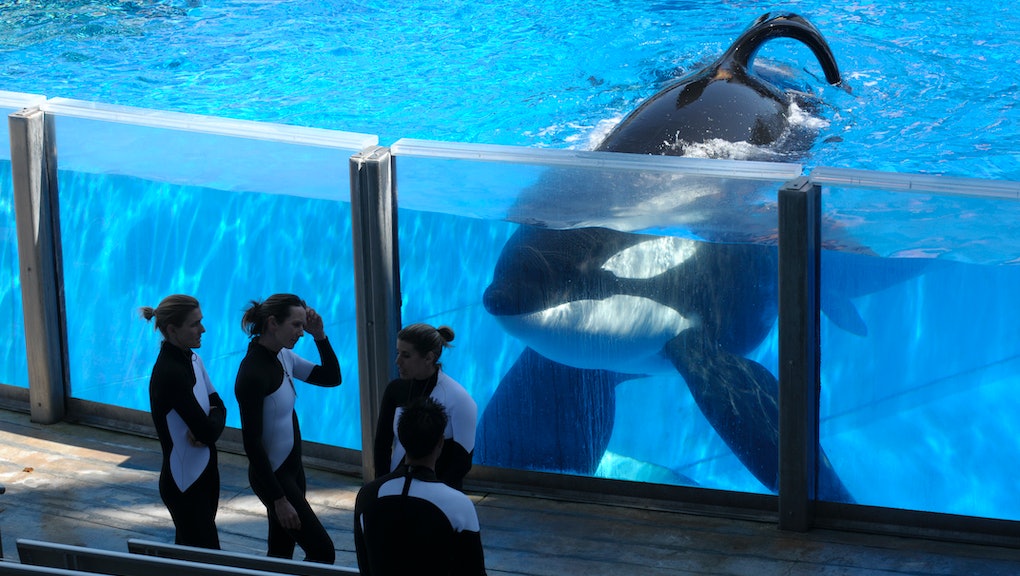 SeaWorld Parks & Entertainment announced Monday it is phasing out its famous killer whale shows at the San Diego location, marking the amusement park operator's biggest change to date amid years-long condemnation of its treatment of captive orcas.

Killer whale shows will end at SeaWorld San Diego in 2016; in place of them, SeaWorld will host a conservation-themed exhibit that displays whales in a more "natural" setting, the San Diego Union-Tribune reported.

In documents posted to the company's website, there was no mention of the status of the shows at the two other SeaWorld parks in San Antonio and Orlando, nor did company spokesman Fred Jacobs offer any such details when asked by Mic.

SeaWorld's latest move is just another indication of the impact of the 2013 documentary Blackfish, which investigated the company's treatment of its whales in light of three deaths caused by a captive orca named Tilikum, and incited outrage among audiences.

Experts on marine biology are generally in agreement that keeping the large, highly intelligent orcas in captivity is cruel to the animals and is detrimental to their physical and mental health. SeaWorld shot back, saying the documentary was misleading and insisted its animals enjoy a high quality of life.

Two years after the documentary came out, the company's revenues dropped precipitously, with CNN Money reporting stock shares in SeaWorld declined by a staggering 45% between 2014 and 2015.

Democratic California Rep. Adam Schiff said Friday he would propose federal laws banning the "breeding, wild capture and import or export of killer whales for the purposes of public display," according to the Orlando Sentinel. In a statement issued to the newspaper, Shiff said the "evidence is very strong that the psychological and physical harm done to these magnificent animals far outweighs any benefits reaped from their display."

In October, the California Coastal Commission ruled SeaWorld could only proceed with a $100 million project to more than triple the size of its orca tanks in San Diego, if it agreed to stop breeding the 11 whales held there.

SeaWorld launched a public relations blitz back in 2010, with its "SeaWorld Cares" campaign. The company encourages visitors to the campaign website to submit questions about the park's treatment of its animals. SeaWorld also produced a series of television spots purporting to set the record straight on the issues.

While the changes may signal the beginning of the end for the current incarnation of SeaWorld's orca program, the Guardian reported Friday that SeaWorld's existing orca stock is expected to survive for decades.

Other companies facing criticism over their treatment of animals have also made significant changes. In March, Ringling Bros. and Barnum & Bailey Circus announced plans to end the use of captive elephants in performances.