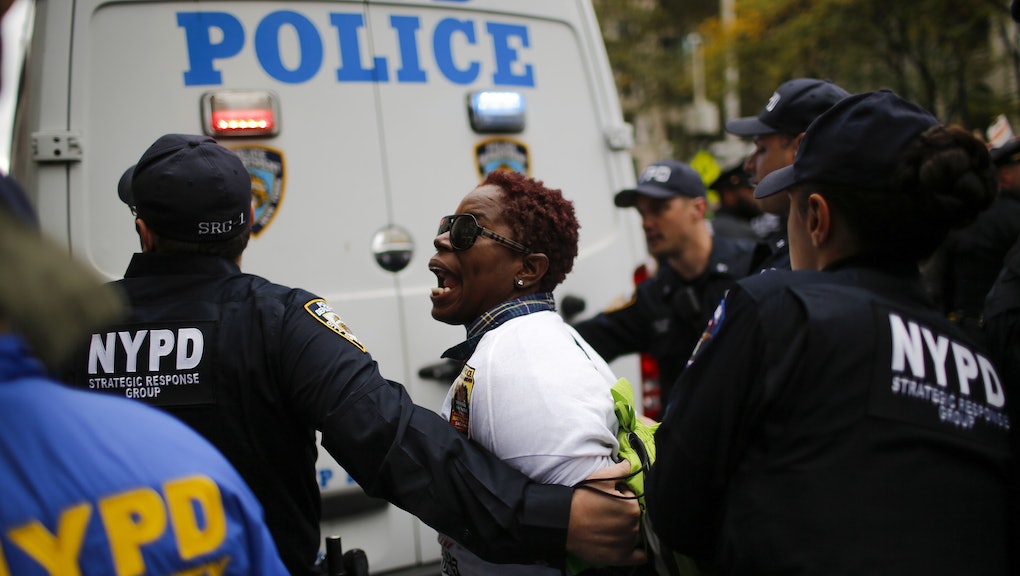 When President Obama announced his My Brothers Keeper initiative in 2014, he made history.

Never before had a presidential administration laid out such an ambitious and deliberate agenda — a $200 million dollar investment spread across several philanthropic and private institutions — to offer institutional and emotional support to young men of color, who are at higher risk of everything from dropping out of school to going to jail and dying a violent, premature death.

But criticism of the program was swift, and it revolved around one single question: What about young women of color? The odds for their survival are just as slim, and they are seldom given the attention they deserve.

Kimberle Crenshaw Williams, a pioneering legal scholar who coined the term "intersectionality" — the interlocking systems of oppression faced by people on the margins — wrote an op-ed in the New York Times taking the Obama administration to task for "ignor[ing] young black women." More than 250 black men signed an open letter to the president calling for the inclusion of women and girls into "My Brothers Keeper."

On Friday, the Obama administration answered its critics during a summit called "Advancing Equity for Women and Girls of Color."

The big takeaway was a massive (though not equal) financial investment of $100 million over five years called Prosperity Together, which aims to support young women of color. What's more, 24 academic institutions have pledged $18 million to research this demographic of young women about whom so little is actually known.

"Real change starts with empowering women in their own lives and in their own communities," Ms. Foundation for Women President and CEO Teresa C. Younger wrote in a press release. "Prosperity Together is committed to giving women the opportunity and support to create the change and solutions they need."

The White House live-streamed the event on Friday. You can watch the entire event here.