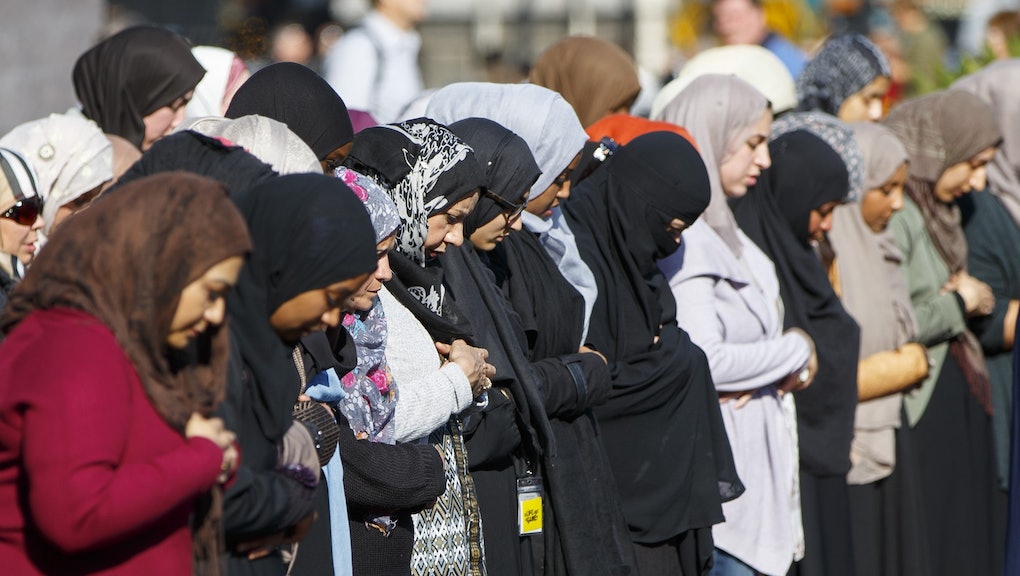 When the unthinkable happens to you in a public place, the hope is that some anonymous strangers will come to your defense. But when Iqra Mohamed, a 20-year-old Muslim woman who lives in London, says she was spat on by an unidentified white man on a public bus, no one came to her defense. Instead, according to Mohamed's account, people laughed.

"A white man spat at me in a buss of people and kept on cussing me out cause of my hijab while people smiled a laughed along," she tweeted from an account that has since been made private.

The incident took place on a recent bus trip. Mohamed had been traveling with a friend, but when that friend got off the bus without her, the man began following Mohamed. "He started to go crazy. He said people like me were coming into this country and taking all the jobs," she recounted to the U.K.'s Metro.

But worse than the attack itself was the seeming complicity of her fellow passengers. "I do think it's sad no one spoke up for me. The bus was full at one point and you could tell no one wanted anything to deal with him," Mohamed said.

Anti-Muslim hate crimes have tripled in London after November's terrorist attacks in nearby Paris, according to figures reported by the BBC. Mussurut Zia of the Muslim Women's Network U.K. told the BBC about attacks that have been reported to the group.

"We've had people coming forward and telling us about being avoided in the shopping mall, people refusing to sit next to them on the bus." Another woman told the BBC that it's the first time since the 2005 London bombings that she's "felt so unsafe in my own city."