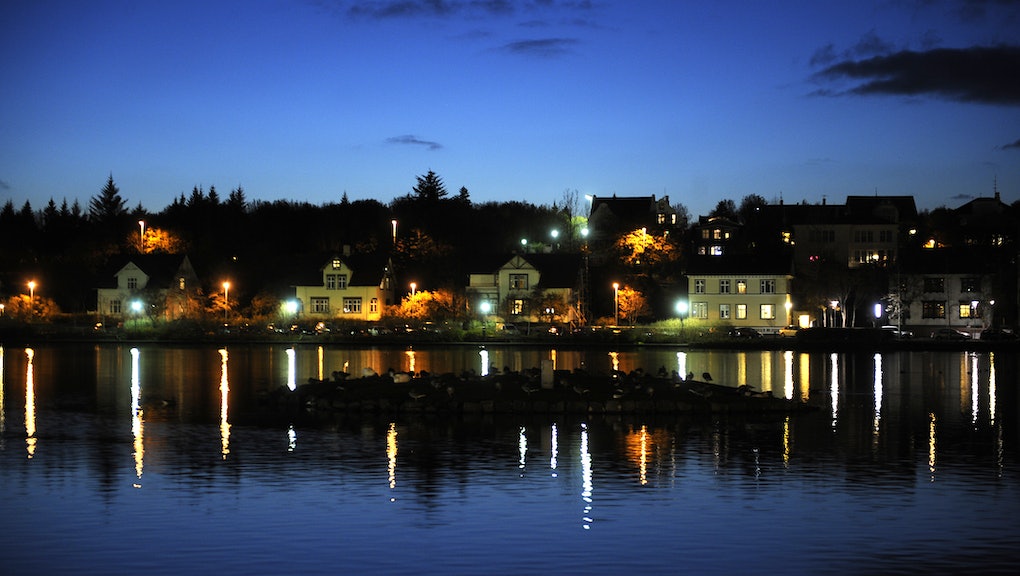 Iceland Might Become the First Country to Close the Gender Gap

Iceland is often lauded as a feminist paradise. The nation frequently tops global studies on gender equality and its citizens often demonstrate their commitment to women's liberation. But, though relatively narrow, a gender gap still exists, and the nation seems like it will keep working until it reaches full equality.

And full equality may be in sight, according to Saadia Zahidi, head of the World Economic Forum's gender equality campaign. The nation's gender gap is currently 87% closed, and should Iceland "continue at the current rate of change," it will be the first to reach total gender equality, Zahidi told Quartz on Tuesday.

The history: More than 40 years ago, an Icelandic feminist group called the Red Stockings organized a protest on Oct. 24, 1975. Twenty-five thousand Icelandic women — 90% of all women in the nation — abandoned their domestic and professional work and gathered in their nation's capital, Reykjavik, to protest economic inequality. Their point resonated: Iceland came to a "standstill," Marcie Bianco noted in a 2015 Mic piece. In 1976, the nation passed the Gender Equality Act and formed an official Gender Equality Council.

"What happened that day was the first step for women's emancipation in Iceland," Vigdís Finnbogadóttir, who served as the first female president of Iceland from 1980 to 1996, told the BBC in October. "It completely paralyzed the country and opened the eyes of many men."

The Red Stockings' efforts paid off. For example, in 1975, just 3% of parliament was female, according to the BBC, and the parliament is now 44.4% female, the Reykiavik Grapevine reported in September. Iceland also has noteworthy gender-conscious benefits like equal parental leave and near-universal state-run childcare. These factors and more contributed to the nation ranking first in the 2015 Global Gender Gap Index — the seventh consecutive time the country topped the list.

It's time to catch up. Far too many countries have significant work to do in order to catch up with the countries leading the way. For example, a 2015 World Economic Forum report revealed that there is a global "education-employment-leadership mismatch." Hundreds of millions of additional women have entered the global labor force over the past decade and have enrolled in higher education more frequently than men in 97 countries, according to the report. However, the findings show that women only comprise the majority of skilled workers in 68 countries, are the majority of leaders in just four and still earn less than men overall.

Even countries historically considered "progressive" fail their female citizens in many ways. One 2015 study revealed that women in the United States, for example, are paid less in all industries, at every level, for the same work as men and are also overwhelmingly barred from leading in government, business and beyond.

According to Zahidi, real change will only come when these lagging nations purposefully act — action she sees as both imminent and inevitable.

"I think the way we will see real change is when we'll go beyond the advocacy, and start moving to a phase where we are taking enough action that these particular factors are not necessarily the ones making headlines, because they're not so rare any more," Zahidi told Quartz. "And I think we're at the cusp of shifting from all of that awareness-raising, all of that advocacy, to actually moving towards smart interventions to fix the problem."