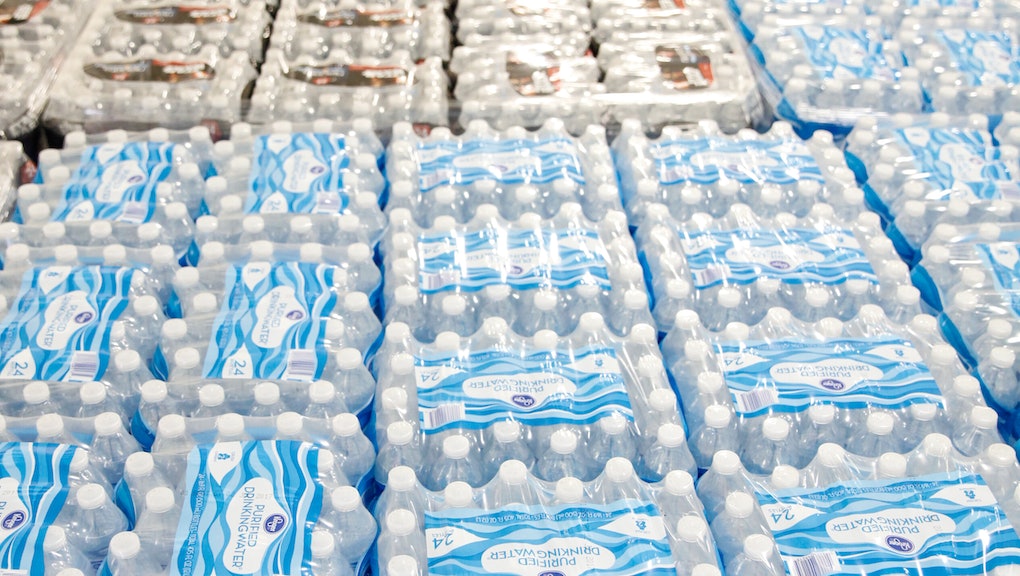 Friday afternoon, the Guardian wrote that reporters had "seen" documents providing shocking new insights into the state of water not just in Flint, Michigan, but across the U.S. According to the story, authorities in charge of testing the country's water are "distorting" the results to minimize the trace amounts of lead found in them.

An anonymous source told the Guardian that it's no accident. "By word of mouth, this has become the thing to do in the water industry," he said. "The logical conclusion is that millions of people's drinking water is potentially unsafe." The source stated that "every major city east of the Mississippi" is at risk of higher lead levels in their water than were reported.

As if on cue, the now-iconic brown water appeared to make its debut in New York City right around the time of the Guardian story. Gothamist reported that the first word of brown water came Friday afternoon, when Washington Heights residents began sharing photos of the questionable water emerging from their taps.

According to Gothamist, a New York City Department of Environmental Protection spokeswoman said that the discoloration is due to a water main shutdown and that it is safe, but could not confirm what was turning the water brown.

Still, residents are struck by the visual similarities of their water to that of Flint's.

And after the water appeared in Columbia University Medical Center/New York Presbyterian Hospital, a staff-wide email was sent out cautioning them to "monitor your water prior to using."

There's no word yet as to when the city will resolve the problem, which is already reeling from the looming snowstorm.

According to the Guardian, Virginia Tech's Dr. Yanna Lambrinidou said she first spoke up about the dubious practices of U.S. water authorities when she sat on a task force for the EPA. Now, her concerns have newfound resonance.

Lambrinidou told the Guardian, "There is no way that Flint is a one-off."