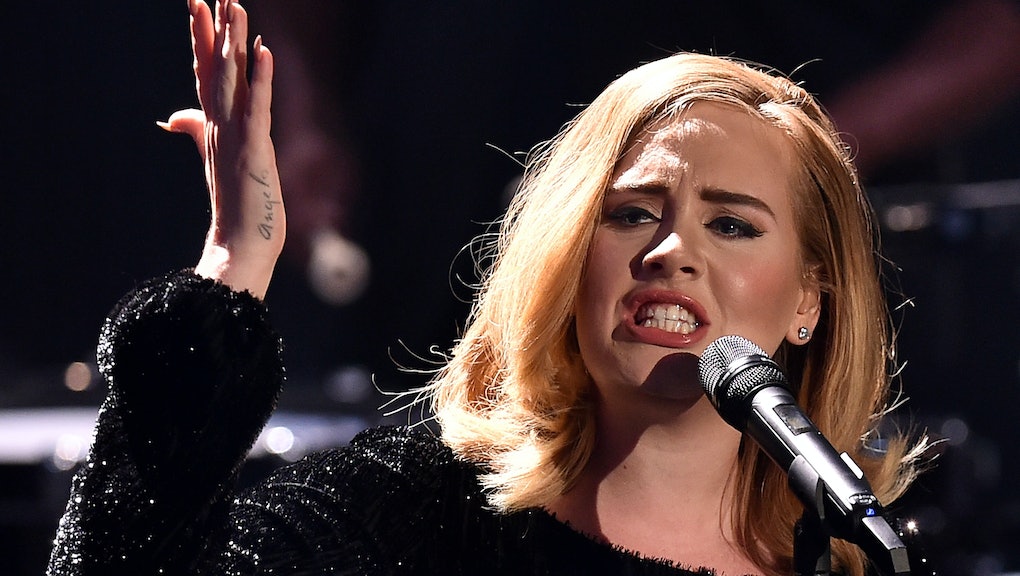 Donald Trump Is Using Adele's Music on His Campaign Trail, and She's Not Having It

Republican presidential frontrunner Donald Trump apparently enjoys walking out to Adele's "Rolling in the Deep" at his campaign rallies. Adele, however, is apparently not down for that.

"Adele has not given permission for her music to be used for any political campaigning," an Adele representative said in a statement to CNN. They wouldn't comment on whether Adele will request that Trump stop playing her music at his campaign events.

Trump's campaign regularly plays "Skyfall" as one of several songs before he enters at campaign rallies and "Rolling in the Deep" during his entrance, according to CNN.

Adele's not the first musician to object Trump using their music to promote his presidential campaign. Aerosmith lead singer Steven Tyler took it further than Adele last October when he sent a copyright letter to Trump's campaign asking them to cease using his music at rallies after he found out Trump was playing the band's song "Dream On." Trump tweeted that he won't be playing the Aerosmith hit anymore because he "found a better one."