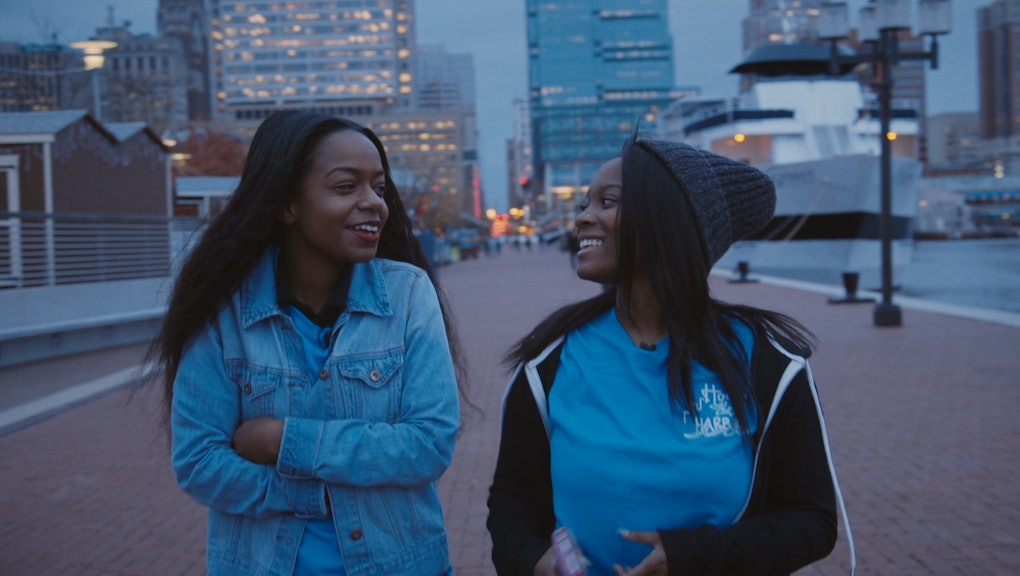 Twenty-five-year-old Freddie Gray died on April 19, 2015. Seven days before, he was arrested by Baltimore police officers for possession of a switchblade. Gray fell into a coma after being transported to a booking center by police van. Before his death, he was treated for three fractured vertebrae, a crushed voice box and spinal cord injury, according to the Atlantic.

Protests erupted in response. Six officers were initially suspended. In early May 2015, Maryland State's Attorney Marilyn J. Mosby announced Gray's death was a homicide and the officers were charged. Questions remained as to why Gray was apprehended in the Sandtown neighborhood, where he lived, in the first place.

Gray's case and the civil unrest that followed may have appeared to be exceptional, but it was not. The city of Baltimore had been on fire far before Gray's death. And relationships between the Baltimore Police Department and black residents have been strained for some time.

The mundane occurrences of blue-on-black violence in Baltimore: The exuberant costs of longstanding patterns of police brutality in Baltimore extended beyond the tragic loss of Gray's life. According to a damning 2014 special report by the Baltimore Sun, the city paid out $5.7 million to victims of brutality, false arrests and false imprisonment between 2011 and 2014.

"Those cases detail a frightful human toll," Baltimore Sun's Mark Puente wrote. "Officers have battered dozens of residents who suffered broken bones — jaws, noses, arms, legs, ankles — head trauma, organ failure and even death, coming during questionable arrests. Some residents were beaten while handcuffed; others were thrown to the pavement."

Gray's broken body wasn't a sign of good policing gone wrong. Gray's case only exposed the problems present in Baltimore city's police and prosecutorial systems over time. As Puente details in his investigative report on Baltimore's longstanding problem of police abuse, "in almost every case, prosecutors or judges dismissed the charges against the victims — if charges were filed at all."

Given the context of the prevailing unease present between police officers and community members in Baltimore, establishing rapport and trust between police and civilians may seem impossible. But some community leaders believe it can be done.

Baltimore youth are helping to lead the change: Enter the Inner Harbor Project, a nonprofit organization founded by Celia Neustadt in 2012 after winning a foundation grant. According to the organization's website, IHP is a "teen-led movement" based on "a model for social change that identifies teenagers who are leaders among their peers, equips them with research and professional skills and organizes them to come up with solutions to issues that divide our society on the basis of race, class and culture."

Youth team members are centered in the organization's movement work. They help design programs. They organize other young people. They lead. And in a city where residents under 18 make up 21.2% of the population of 622,793, according to the U.S. Census, youth should be at the forefront of communal transformation efforts.

One of IHP's most notable initiatives is its Youth Engagement Training which is a youth-led and designed cultural competency training for security personnel and police officers in Baltimore. The interactive training is organized around three modules: communication, jumping to conclusions and handling situations with teens. As described on the website, the ultimate goal is "to build empathy and understanding between officers and teens."

In the wake of Gray's death, young leaders were pivotal in shaping community dialogues, organizing protests and calming the tense energies animating the civil unrest. And while the present movement for black lives has been conceived as a movement mostly led by black millennials over 18, the young leaders of IHP demonstrate the existence of awareness and commitment to change present among younger black people in the U.S.

In the midst of the Gray protests, Trey Murphy from Baltimore attested as much. "In the spirit of Martin Luther King, who said that riots are the voice of the voiceless, people here don't feel like they have a voice," Murphy told me in April 2015. "They've tried protesting. They've tried going to elected officials and lobbying for change and when all of that fails, what do you expect? These young people's voices have been silenced and suppressed for so long that it was no surprise to me that this is the response."

But burning buildings and damaged cars was the response that many media outlets focused on. Little attention was given to those young people working to end years of institutionalized inequity and disregard, like the IHP leaders.

Another black person wounded and dead after an encounter with Baltimore police was not shocking to youth who live in a mostly black urban city where such incidences are almost expected.

To solve the everyday problems that are the consequences of sustained forms of police misconduct — like deteriorating trust in the very institutions whose job it is to serve and protect civilians — young black leaders have insisted on facilitating systemic transformation. The efforts of IHP teams are one formidable example of what social movements can look like when youth of color are entrusted with the power to be the self-determined change agents the public tend to forget they are.

Watch the latest episode of The Movement, where Darnell Moore talks to young people at the Inner Harbor Project in Baltimore below: