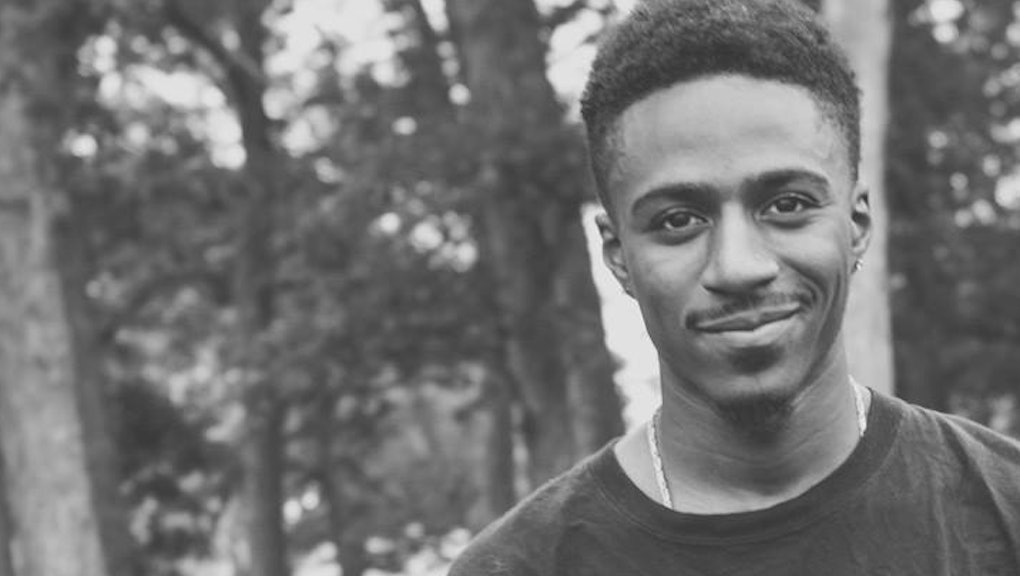 There's been an outpouring of support after MarShawn McCarrel, an activist affiliated with Black Lives Matter, took his own life on steps of the Ohio Statehouse on Monday.

McCarrel, 23, helped organize Ohio protests after the death of Mike Brown. But on Monday, he left a cryptic Facebook status hours before he committed suicide.

But at least one person found joy in the tragedy: Lee Cyr, a police officer who's been placed on leave for celebrating McCarrel's death.

Cyr was placed on leave after a comment under his name appeared in a thread about McCarrel's death that read, "Love a happy ending," according to Gawker. That post has been deleted. "When we were made aware of a Facebook post that was linked to a Fairborn police officer, an internal affairs complaint was initiated," Fairborn Police Chief Terry Barlow told local reporters.

In a moving tribute to McCarrel, a group called the Ohio Student Association called him "a soldier for the liberation of all people." A message on the group's website memorialized the activist:

His spirit was effervescent with visionary beauty, creativity and love. He marched 11 miles for justice for John Crawford, rallied at the Statehouse to defeat Stand Your Ground, and joined in protests to recognize violence against black cis- and trans-gendered women. He built up Ohio Student Association into a strong grassroots organization with a presence across the state and a reputation across the country. He helped launch Freedomside, a coalition of youth-led racial justice organizations modeled after the Civil Rights Era Council of Federated Organizations.

The situation is now under internal investigation by Cyr's police department.