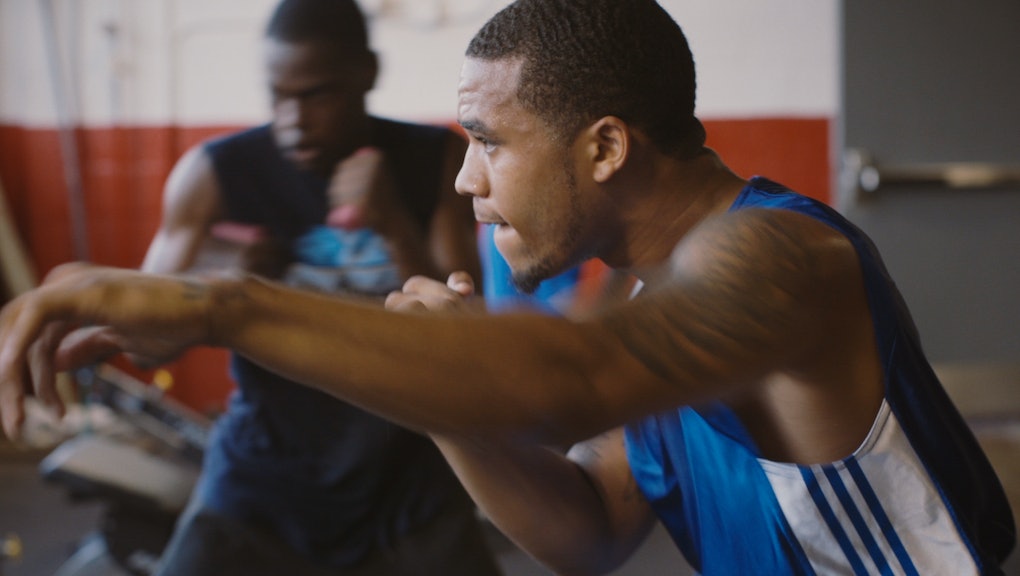 We've made it to the end of the first season of Mic's newest digital series, The Movement. The topics we've covered address a range of social concerns — from gun violence in urban communities to food insecurity impacting Native American reservations. But the thematic heart of this series remains the unsung hero — those individuals and groups who encounter social ills but are unafraid to combat and resolve them.

Whether she is the only black woman owner of a legal cannabis dispenser in a state where marijuana is a booming industry benefiting everyone but those most impacted or black youth who are determined to shift others' (including police officers') perceptions of their peers and city, the hero in each episode is engaged in work that is literally transforming their communities. It's fitting, then, for us to end where The Movement began.

In many ways, the last episode, which was actually the first we filmed, shaped our team's reporting and filmmaking approach. Detroit is the setting. We were adamant about offering a fair and honest narrative perspective of an urban space often painted as a post-industrial, post-bankrupt, and now post-modern city ripe for gentrification. But how could we provide deft analysis and historical context in less than 10 minutes?

As I interviewed Carlo Sweeney, affectionately known as Coach Khali, on the streets of Detroit, it was clear our interview subjects would steer the narrative and provide testimonies that counter prevailing ideas about their communities. Like Coach Khali, those we interviewed offered first-person insight into what is needed to solve problems impacting their homes. Coach Khali didn't mince words. Yes, Detroit faces its share of problems, but not without its share of community-based leaders working daily to fix them.

Coach Khali's intervention might be considered an unlikely form of social change. He founded a youth-centered boxing program, which initially began in an old building that was formerly a car wash. While boxing is not typically considered a youth-centered sport or a gateway to positive youth development, Coach Khali is proving that boxing can change young people's lives. The 65 black and Latino youth served during after-school hours in the Downtown Boxing Gym Youth Program on the east side of Detroit demonstrate what can happen when sports are used as a magnet to attract young people to a safe place.

The young boxers move about like skilled athletes in the boxing ring, and they receive homework assistance, transportation, snacks, musical instruction, computer literacy training and much else, too. According to Jessica Hauser, the executive director of Downtown Boxing Gym, 100% of the youth participants graduate high school compared to 71% of those who graduate from Detroit Public Schools. The success of the program comes with costs, though.

The nonprofit works on a minimal budget — so minimal that Coach Khali has often gone without pay, as he details in the episode. In fact, when I interviewed him he noted he would not be able to watch the series because he didn't have Wi-Fi access at home at the time. These are some of the costs that arise as a result of doing transformative work so young people, like 17-year old Christal Berry who I interviewed, leave the program as witnesses to the best of transformative leadership. Because of Coach Khali's example, Berry has emerged as a young role model in her own right.

Curating this particular episode — from capturing the city in visual shots to collectively constructing the voiceover script — was a lesson in honoring the stories, communities and work of movement leaders who are invisible in the media. The people we've interviewed this season tend to be talked about, but rarely are they talked to. Rarely are they allowed to actually talk on their own terms.

And that's the goal of The Movement: uncovering untold stories, attending to the problems faced in our nation's most vulnerable communities and lifting up the perspectives of those creating solutions, all while maintaining journalistic integrity and a visual aesthetic that honors Mic's commitment to high quality presentation. As we prepare to film season two, we carry these commitments forward.

For now, take some time to watch our latest episode as we prepare our next season with much excitement: