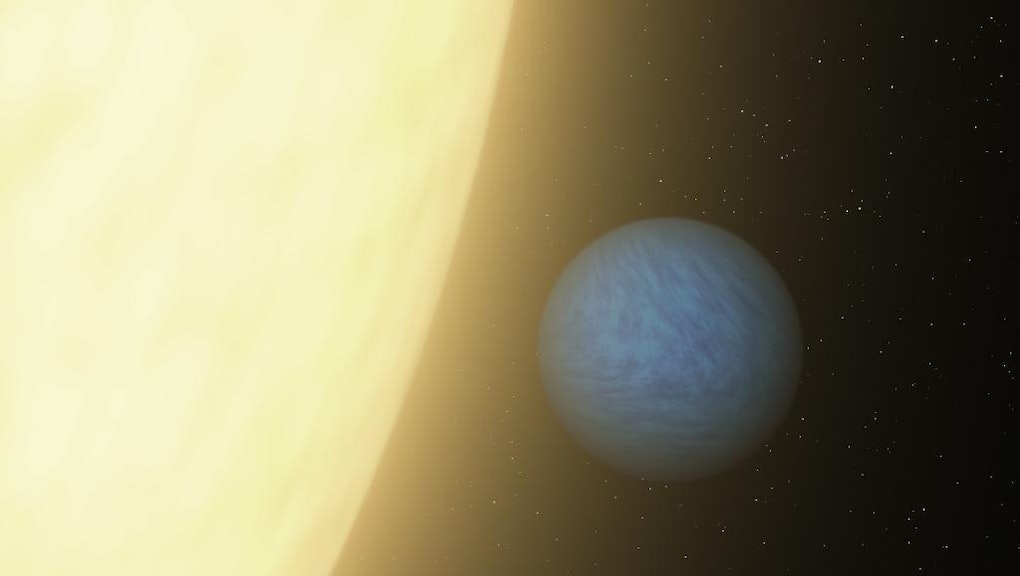 The exoplanet called "55 Cancri e" is not the kind of place you'd want to visit. Its surface temperature hovers around 3,000 degrees Fahrenheit and, even if life could withstand the boiling weather, new research shows 55 Cancri e's atmosphere is poisonous. It's made of mostly hydrogen and helium, with absolutely no trace of life-sustaining water vapor.

NASA first discovered the planet back in 2012 and nicknamed it the diamond planet because its size and mass suggests it's full of carbon. It's what astronomers call a "super-Earth," meaning it's larger than Earth but smaller than the gas giants in our outer solar system.

Now a group of researchers at the University College of London figured out its atmosphere composition by studying the spectral patterns the planet created as it passed in front of its star. In other words, the star illuminated the planet's atmosphere, and the researchers were able to study its composition. A good way to think about this is to imagine passing your hand in front of a flashlight beam.

Here you can see an animation of what the planet might look like orbiting around its star:

This is the first time that detailed atmosphere data has been collected from a super-Earth exoplanet. The research will be published in the Astrophysical Journal.

Even though the results mean we probably won't find alien life on 55 Cancri e, there's still a reason to be excited about this research. We now have a good way to closely study the atmospheres of distant exoplanets, which means we can start identifying which ones could potentially support life.

We've discovered over 2,000 exoplanets around our solar system, and there are probably billions more out in the universe waiting to be discovered. The more we learn about them, the closer we'll get to finding ones that might support life.