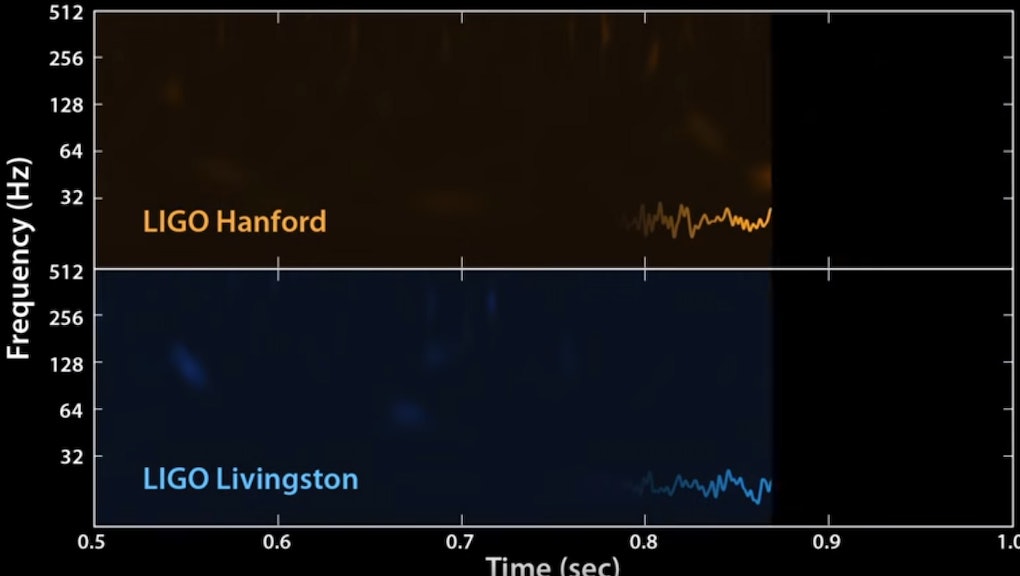 Scientists at the Laser Interferometer Gravitational-Wave Observatory announced Thursday the detection of ripples through the fabric of space-time. They're called gravitational waves, and their discovery changed astronomy and physics forever.

The waves came from the collision and merging of two black holes, and scientists were able to transform the signal into an audible chirp.

Now, according to Motherboard, composer Arthur Jeffes has borrowed that data and used audio editing to weave in his own piano and string music, creating a mesmerizing gravitational waves soundtrack:

If you're curious, here's how the original waves sound without Jeffes' added music:

Here's LIGO's explanation for how we can hear gravitational waves coming from a pair of merging black holes:

As the two masses rotate around each other, their orbital distances decrease and their speeds increase, much like a spinning figure skater who draws his or her arms in close to their body.  This causes the frequency of the gravitational waves to increase until the moment of coalescence.  The sound these gravitational waves would produce is a chirp sound (much like when increasing the pitch rapidly on a slide whistle) since the binary system's orbital frequency is increasing (any increase in frequency corresponds to an increase in pitch).