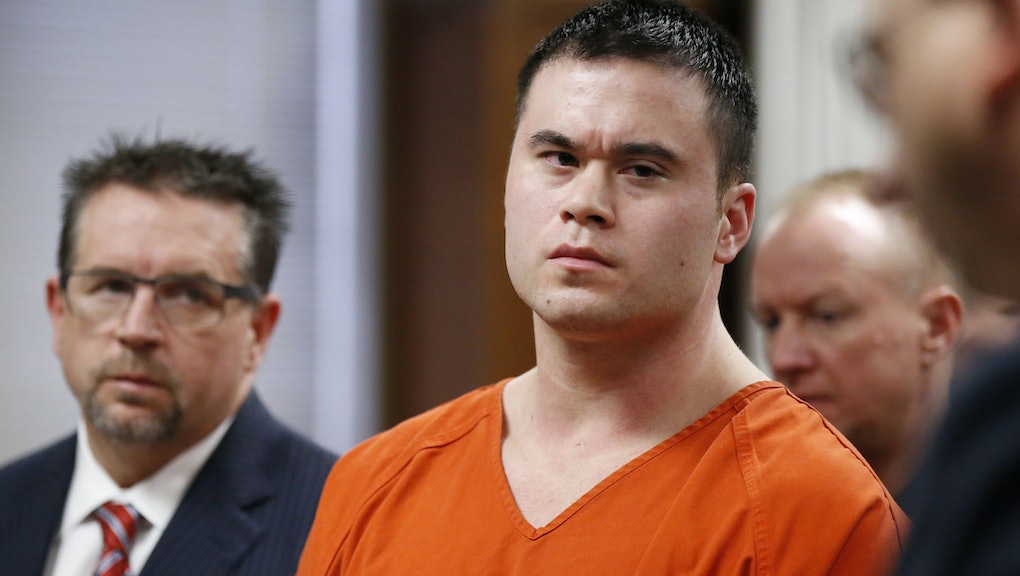 Daniel Holtzclaw is a convicted serial rapist. The details of his crimes will make your stomach turn. They include multiple counts of rape in the first degree, forcible oral sodomy and procuring lewd exhibition, all crimes he committed while on duty as an Oklahoma City police officer patrolling a predominantly black neighborhood.

His victims, who ranged in age from women in their teens to those in their 50s, were all black women, many of whom had criminal records that Holtzclaw used against them to guarantee their silence. It worked, until it didn't. In January, Holtzclaw was sentenced to 263 years in prison for his crimes.

You won't find many of those details in Jeff Arnold's 12,000-word feature about Holtzclaw that was published on SB Nation on Wednesday and promptly deleted five hours later. What you will find are lots of quotes from Holtzclaw's friends and family members, who believed in Holtzclaw's innocence. The story dealt sloppily with race, brushing over the fact that nearly all of Holtzclaw's victims were poor black women.

This line, in particular, is mind-boggling for its failure to challenge even the most basic assumptions of how racism and prejudice actually work: "Eric Holtzclaw [Daniel's father] dismisses any suggestion that his son was prejudiced, noting his number of black friends and that as an Asian-American, his son grew up well aware of issues of cultural diversity."

For the record: People of color can hold deeply ingrained antipathy toward black people.

The piece spends an agonizingly long time recounting Holtzclaw's unremarkable high school and college football career, and winds up speculating that his rumored use of performance-enhancing drugs may have had something to do with his behavior. It was unwieldy, irresponsible and, well, boring:

SB Nation's editorial director Spencer Hall issued a note to readers late Wednesday announcing that the story had been taken down, and calling its publication "a complete failure." Both Jezebel and Deadspin published stories late Wednesday detailing exactly why, and both are worth reading.

So, too, is the story itself, which has been archived. It's a lesson in what we often get wrong when reporting about crime and, more specifically, sexual assault. It hinges on the belief that a person's guilt must be presaged by some torrid personal history that will explain away bad behavior since so-called "good" people — people like Holtzclaw, who grew up in small town America and played its favorite sport — are incapable of doing awful things.

This line of thinking completely fails to recognize that sexual assault is always about power. Powerful people who want more power aren't so easy to spot, and surely have people who love them. They often do good things too. Former NFL safety Darren Sharper spoke out against domestic violence before pleading guilty to three counts of rape. More than a week after winning the Super Bowl, NFL icon Peyton Manning is warding off decades-old allegations of sexual assault from his time at the University of Tennessee.