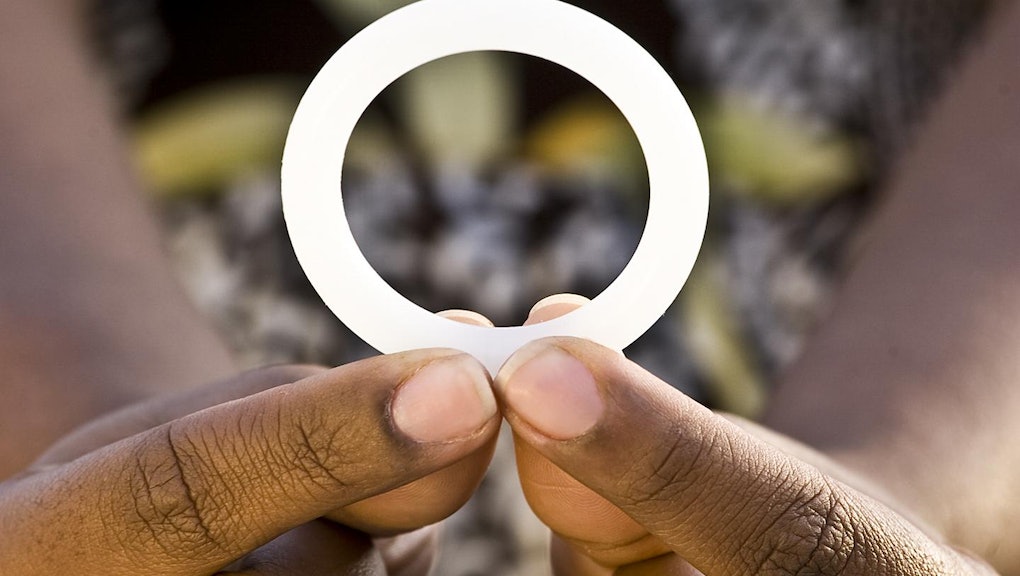 Two studies presented at an HIV conference on Feb. 22 suggest a new vaginal ring could help prevent HIV transmission in women. The ring lowered HIV cases by about 30% in both studies.

About 35 million people around the world are living with HIV, or human immunodeficiency virus. If untreated, HIV can lead to acquired immunodeficiency syndrome, or AIDS. HIV is particularly troublesome because it doesn't work like many other viruses; once contracted, it stays in the body for life.

That makes preventing the transmission of HIV critical.

In wealthy countries, many HIV patients have access to some kind of antiretroviral therapy that usually includes drugs designed to prevent HIV from making copies of itself. The drugs decrease the amount of HIV in the blood, suppress symptoms and make it much less likely that a patient will transmit the virus to someone else. In fact, one pill called Truvada can reduce the risk of HIV infection in those who have a high risk of contracting it (anyone having unprotected sex with someone with HIV or those who take intravenous drugs) by about 92%.

But for antiretroviral therapy to work, you have to have access to the pills, money for the pills and remember to take one every day.

This new vaginal ring is designed to be inserted and changed out once a month. Like a pill, it contains an antiretroviral medication called dapivirine that stops HIV from replicating. The drug spreads out in the vagina and prevents HIV from infecting any nearby cells. The research is still new, so it's unclear how much the rings will cost.

One of the studies, published in the New England Journal of Medicine, followed about 2,600 women in four African countries for about two years. Those who used the ring had 27% fewer HIV cases than a control group.

Another study, which isn't published yet, followed 2,000 women and found they had 31% fewer HIV cases, according to a press release. In both studies, the ring appeared to have little to no effect in women under 21. The researchers say this could be explained by how the women used the ring. If the ring is used perfectly and changed out every month, the prevention rate might actually be higher. We won't know for sure until there's more research.

The researchers say the ring could be especially useful for young women in Africa, who are at the highest risk of acquiring HIV.

This ring is the first HIV prevention tool designed specifically for women.

"A prevention tool like a ring could be used discreetly, a woman would have control over it, and it could allow her to keep herself safe from HIV without having to ask a male partner to take on prevention strategies," Jared Baeten, lead author of one of the studies, told Buzzfeed News. "That individual control of prevention is so powerful."

While a 1 in 3 infection prevention rate is not perfect, it's certainly a big step forward. And it's a big deal that women have access to another type of prevention method other than pills.