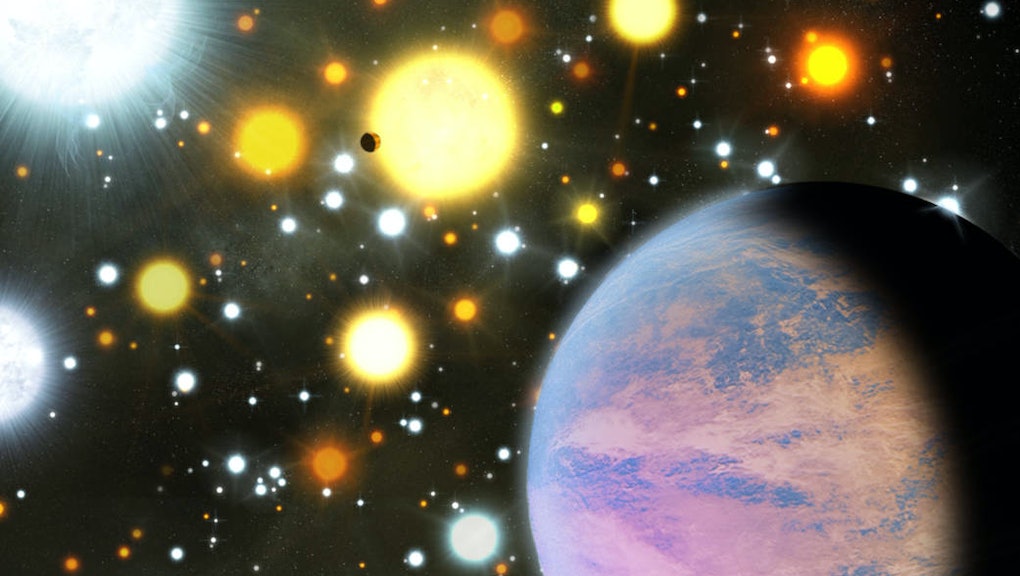 Out of 700 Quintillion Other Planets, Earth Might Be Totally Unique

A new model of the universe suggests there could be as many as 700 quintillion other planets out there, and Earth doesn't look like any of them.

This is huge news because it runs contrary to everything we know about our place in the universe.

Back in the early 1500s, Nicolaus Copernicus figured out that the Earth wasn't at the center of the solar system. From then on, the more we learned about the universe, the more clear it became that Earth is cosmically insignificant — an idea called the Copernican Principle.

The Kepler Space Telescope has found 32 other planets that, like Earth, sit in the habitable zone around their stars. If you extrapolate those numbers to all the stars we know about, there should be between 40 billion and 49 billion other potentially habitable planets in the Milky Way galaxy alone. And the Milky Way is just one of an estimated 100 billion galaxies.

With so many exoplanets, there's bound to be a few that resemble Earth. But maybe not. This new model suggests that Earth might be an incredibly unique and special place.

To figure this out, a team of astronomers took the information we already know about exoplanets and the evolution of the universe and designed a model that simulated the past 13.8 billion years of our universe's existence.

Of all the planets that formed inside the model, Earth sticks out like a statistical sore thumb. Most of those quadrillions of planets in the model are inside galaxies much larger than our Milky Way and orbit stars with compositions totally different from our sun. (The research is available on the preprint server arXiv, and it's been submitted for publication in the Astrophysical Journal.)

There are some important caveats to this research, though. The model is only based on the exoplanets that we've already discovered, many of which are larger than Earth. (Larger planets are easier to spot from several light-years away.) And the planets that we have discovered are mostly from only one small swath of the universe. Planets might appear vastly different in other areas.

Still, the researchers told Scientific American that their model can't be totally off, and while Earth might not be quite a 1-in-700 quintillion planet, it's certainly an unusual place.