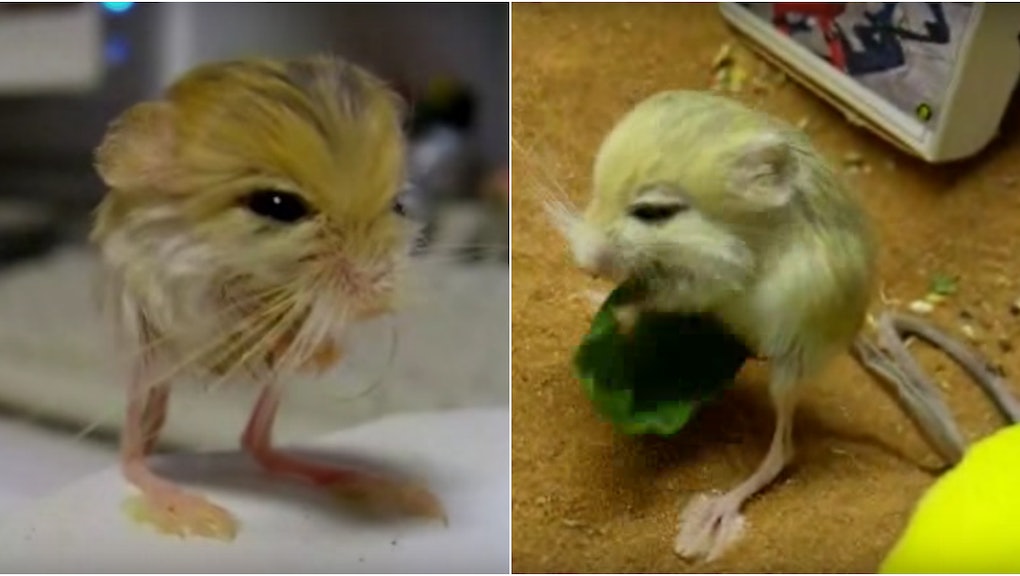 The Baluchistan Pygmy Jerboa Is Half-Mouse, Half-Kangaroo and All Awesome

A tiny creature that looks like a cross between a cotton ball and a miniature kangaroo might be the cutest rodent we've ever seen.

It's called a Baluchistan Pygmy Jerboa. The tiny creatures are about 2 inches long, earning them the title of world's smallest rodent. According to the International Union for the Conservation of Nature's Red List of Threatened Species, they're native to the deserts of Pakistan.

Their comically large feet allow them to leap around like kangaroos, and they have highly sensitive hearing so they can detect predators approaching, according to ABC News.

And it's no accident that these creatures seem so incredibly cute to us.

"People have a strong tendency to like short faces and big eyes because they resemble human babies," Rob Voss, curator of mammalogy at the American Museum of Natural History, told ABC News.

Check out the cuteness in action: