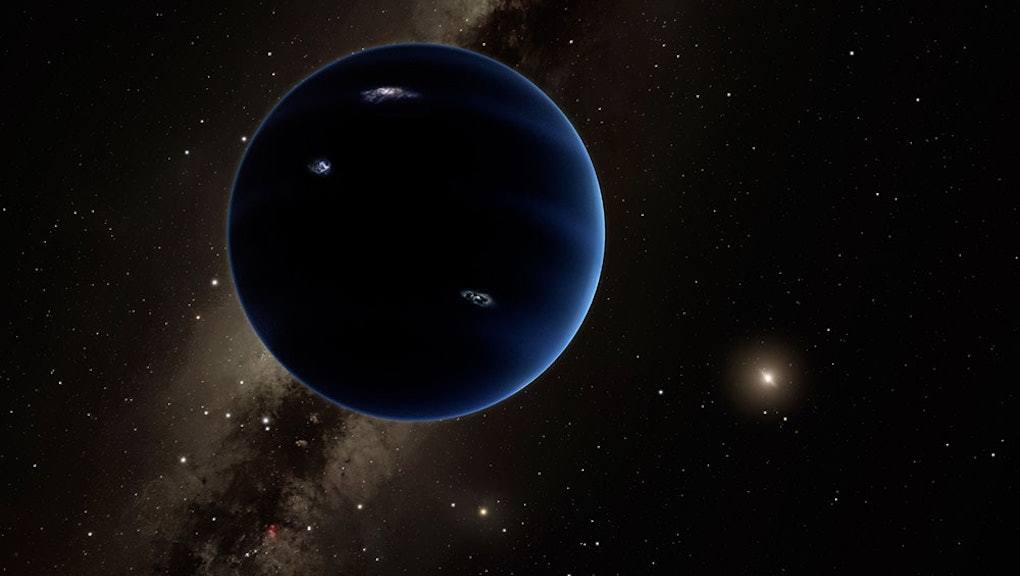 Is There a Ninth Planet? Search for the Solar System's Mysterious "Planet 9" Narrows

California Institute of Technology scientists Mike Brown and Konstantin Batygin shocked the world when they announced the possible existence of a ninth planet in our solar system earlier this year.

The only problem is their research paper is based on a mathematical model, not on direct observation of the planet.

Spotting the planet and proving it exists is not going to be an easy task. Brown and Batygin think planet nine is orbiting so far out on the fringes of our solar system that it likely takes somewhere between 10,000 and 20,000 years for it to complete a lap around the sun. That's a huge ring of sky to search through. It really is like looking for a needle in a haystack.

So Brown and Batygin asked other astronomers to help them start looking, and one team has already answered the call. New research published in the journal Astronomy & Astrophysics has made the haystack a lot smaller.

If planet nine exists, it should have some kind of gravitational influence on the other planets in the outer solar system, the researchers behind this new study reasoned. They modeled how planet nine might influence the other planets and then compared that to their actual position. They relied specifically on Saturn since the Cassini spacecraft currently circling the planet can provide a very precise location for it. The team was able to rule out two sections of the sky this way, effectively cutting the search area in half, according to Agence France-Presse.

This is actually a very similar method to the one that astronomers used to discover Neptune. They compared theoretical models to the location of Uranus, and figured out where in the sky to start searching for Neptune.

Still, it will likely take years to find planet nine. We'll be able to eliminate more patches of the sky and the search will go faster if the Cassini mission is extended until 2020, the researchers said.