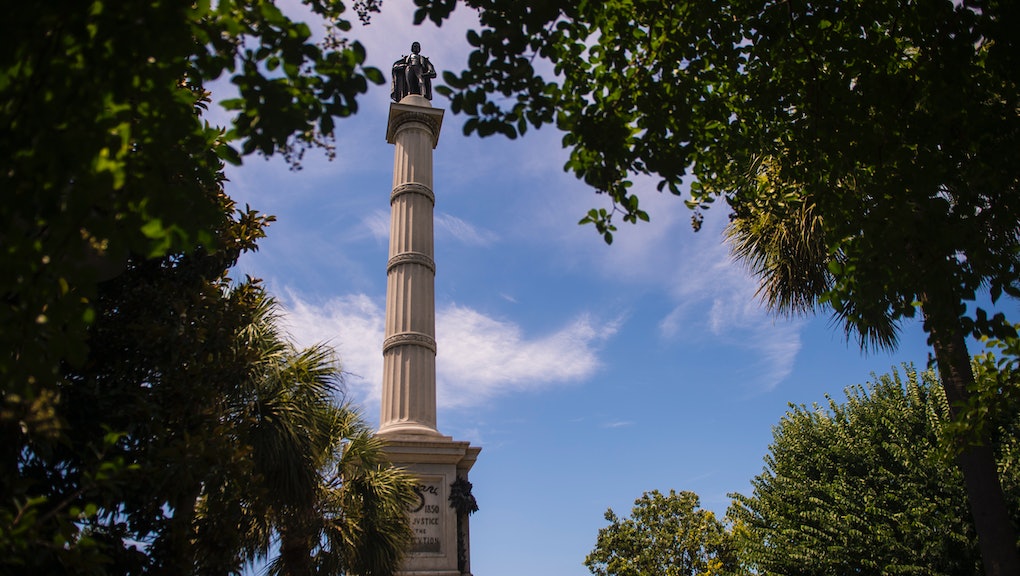 Joyce Curnell was one of at least five black women to die in law enforcement custody in July. But according to documents recently released by the South Carolina State Law Enforcement Division, her story might be the most troubling yet.

The Post and Courier reported the documents show the 50-year-old Edisto Island, South Carolina, resident was dangerously sick during the 27 hours she spent in jail and died because she was not treated for dehydration from vomiting or given medicine for her gastroenteritis.

Now, her son is planning on suing the jail's medical contractor, the Carolina Center for Occupational Health, for malpractice. The center is currently investigating and did not provide specifics in its comment to the Post and Courier.

Curnell ended up in Charleston County's jail on July 21 because of an arrest warrant for unpaid fines. She'd been detained in 2011 for shoplifting $20 worth of candy bars and beer, and was placed on a penalty payment plan in 2012, the Post and Courier reported. In 2013, she stopped paying the fines — which amounted to almost $2,200. A warrant was issued for her arrest in 2014.

Curnell was also an alcoholic, according to her son, the Post and Courier reported. She was living in a trailer at the time, and when she started drinking heavily again after trying to get sober, she was hospitalized with a stomach bug.

Her son called the police while his mother was lying in bed. "She needs some time to detox herself," he told the dispatcher, according to the Post and Courier. "She's my mom, but I'm trying to help her. She won't listen. ... Before I have to bury her, I'd rather she go."

It turned out to be a fateful decision. Curnell was taken into custody from the hospital that afternoon and locked in a cell. According to witnesses, she was vomiting and weak the entire time — doctors and nurses at the jail have not corroborated this account — and was throwing up all night in a crate with a plastic bag. Witnesses also claim Curnell asked for medicine, which jail doctors had prescribed her, but she didn't get it.

One nurse reportedly checked on Curnell around 5 a.m. the next day and saw her writhing in bed. Fellow inmates mentioned they thought she was detoxing. No mention was made of her stomach condition, and the nurse moved on without giving her meds.

Curnell died the following afternoon. Documents obtained by the Post and Courier through a Freedom of Information Act request show that expert medical opinion given by a local doctor states the 50-year-old's death was likely preventable: All the jail had to do was treat her for gastroenteritis and dehydration.

It seems we wake up too often to another story about a concerned black person who turns to police to get help for a sick family member with a black person ending up dead. But summer 2015 was notable as a time when state violence against black women grabbed the public's attention as well. Aside from Curnell, Sandra Bland, Kindra Chapman, Ralkina Jones and Raynetta Turner were all found dead — some by suicide, others from medical complications — in jail cells in America in July alone.