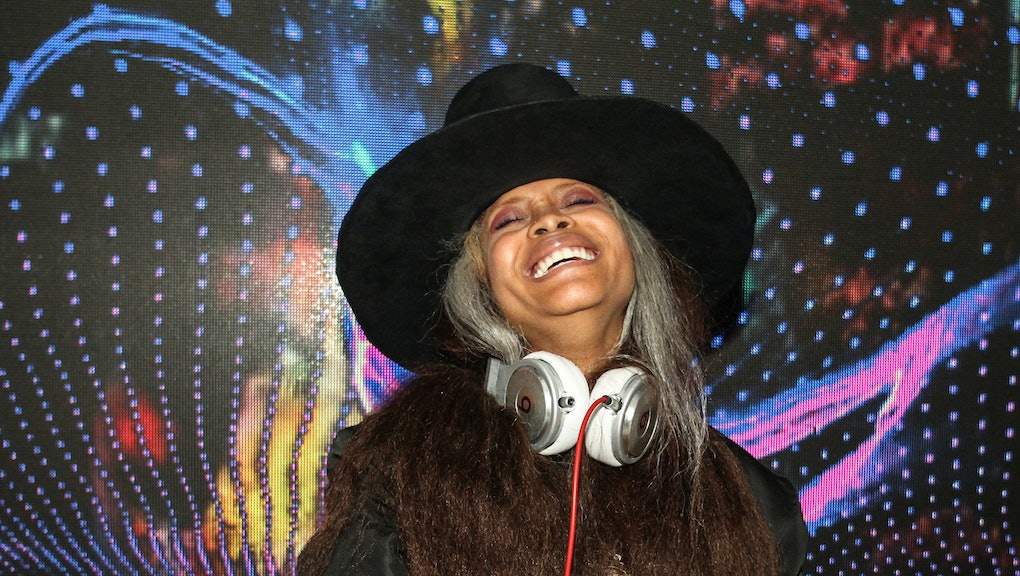 Erykah Badu turns 45 on Friday. It's a big milestone for anyone, but especially in a society that values youth — or at least the appearance of it.

But Badu is an exception.

Late in 2015, the Grammy-winning recording artist and mother of three tweeted a photo of gray hair along with the message, "Body and brain have aged. My consciousness has witnessed this, yet has not aged. This 'awareness' is who we are."

And she didn't stop there. Since then, she's appeared in public rocking gray hair. In January, she made several appearances at the Sundance Film Festival in Park City, Utah, where she made a statement with gray hair: