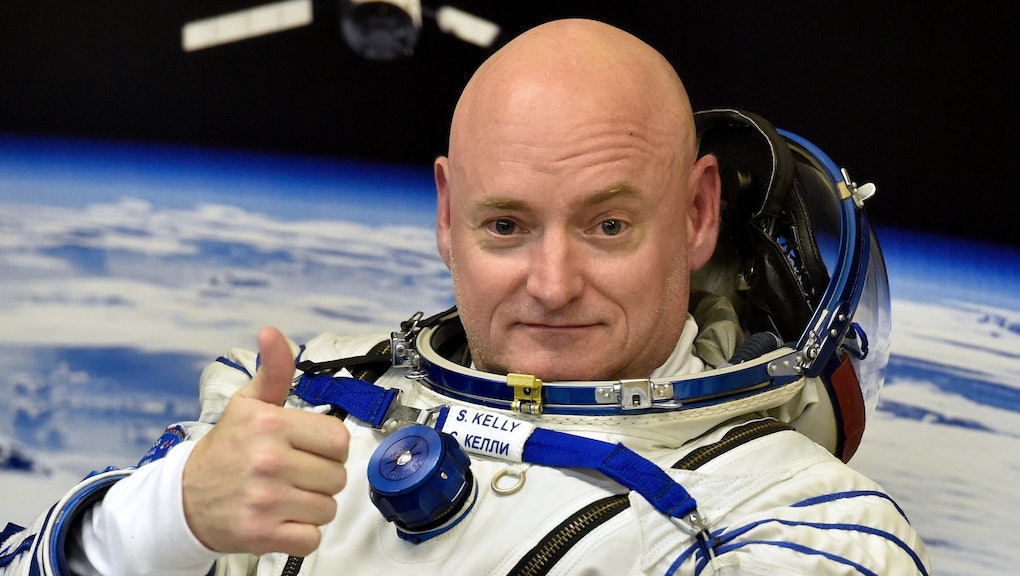 When astronaut Scott Kelly gets back to Earth Tuesday night (in Eastern time) after 340 days in space (nope, not a full year!), his mission is not over. He's going to become NASA's personal lab rat the moment his feet touch the ground.

Kelly's record-setting mission onboard the International Space Station was all part of an experiment to see how long-duration spaceflight affects the human body — so NASA can figure out how to send humans to Mars some day.

Kelly has already completed some tests on the ISS, including urine samples, blood samples and microbe swabs, but NASA has a lot more data to collect when he gets back home.

The most interesting part of this study is that Kelly has a twin brother, Mark, who has spent the last 340 days on Earth. NASA will be able to directly compare the two brothers and figure out how spaceflight changes the body and mind. It'll even be able to tell if spaceflight affects us on a genetic level.

Here are four questions NASA hopes to answer from the twin study.

1. Will space ruin our vision or make us weaker?

There's already evidence astronauts have vision problems after they return to Earth. Scientists say this might be linked to changes in the pressure of brain and spinal fluid. Scott Kelly is closely monitoring his vision and fluid pressure, and scientists will continue to evaluate it on a regular basis after he lands to see if it returns to normal.

Astronauts often lose muscle mass and bone density in microgravity. Kelly uses a treadmill and resistance-based exercise machine on the ISS every day, and scientists will see if this has made any difference in the amount of muscle and bone density loss.

He'll also have several ultrasounds when he gets back to Earth to see if spaceflight has altered his arteries and circulation.

2. Will space change the way we think?

Researchers are testing whether long-term spaceflight influences astronauts' motor skills, ability to perform simple cognitive tasks, and remember things. They'll compare Kelly to his brother and other astronauts who have flown shorter missions.

3. Will space change our microbiome?

4. Will space change us on a genetic level?

In a press conference Thursday, Kelly said this is the part of the twin study he finds most interesting. The twins are having their entire genomes sequenced for the study — a decision that has raised some privacy concerns.

Scientists will compare the twins' genes to track epigenetic changes (which genes are switched on and off during space travel), to measure any mutations. This will help them investigate how an astronaut's unique genome might influence how their body responds to prolonged microgravity and how space travel affects the immune system.

Eventually, Kelly will have a chance to rest and recover from his months in space, but he has a busy few weeks ahead of him first.