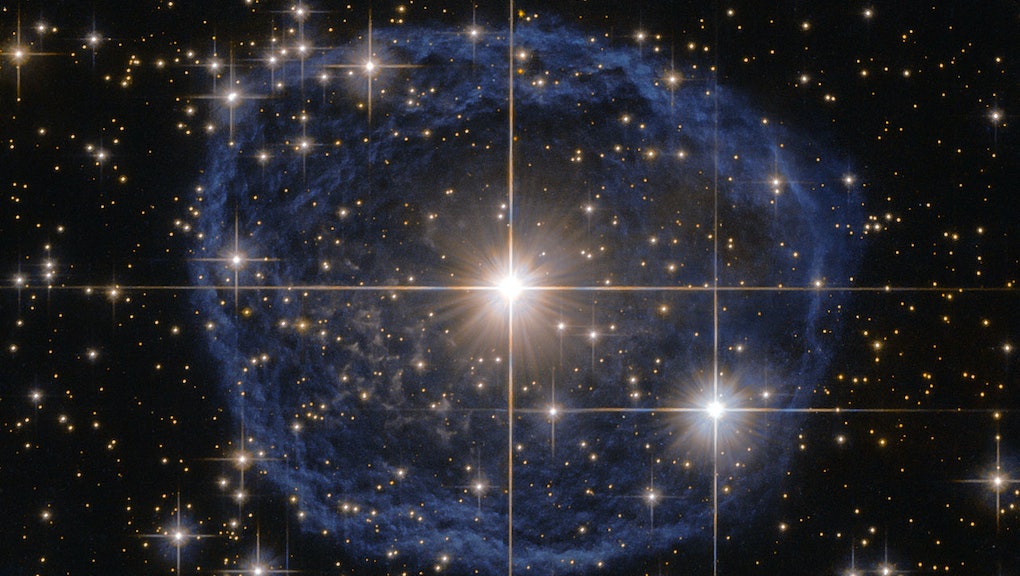 The Hubble Space Telescope captured an incredible image of a rare Wolf-Rayet star and nebula about 30,000 light-years away from us.

You can see the star in the center of the image below. The shimmering blue bubble around the star is called a Wolf-Rayet nebula, which forms when stellar winds whip up clouds of dust, hydrogen and helium into ring-shaped clumps.

Astronomers estimate this nebula is 20,000 years old — and it's rapidly expanding at a blistering 136,700 miles per hour.

Wolf-Rayet stars are extremely rare. They typically only exist for a few hundred thousand years, which, as NASA pointed out, is a very short lifespan compared to other cosmic objects. For example, our sun is about 4.5 billion years old.

Wolf-Rayet stars are about 20 times the size of our sun when they're first born. They lose about half their mass in the first 100,000 years of their life, because stars this large and this bright have trouble holding themselves together for very long. Eventually they erupt in a massive supernova explosion.

But for now we can admire how beautiful this one looks.