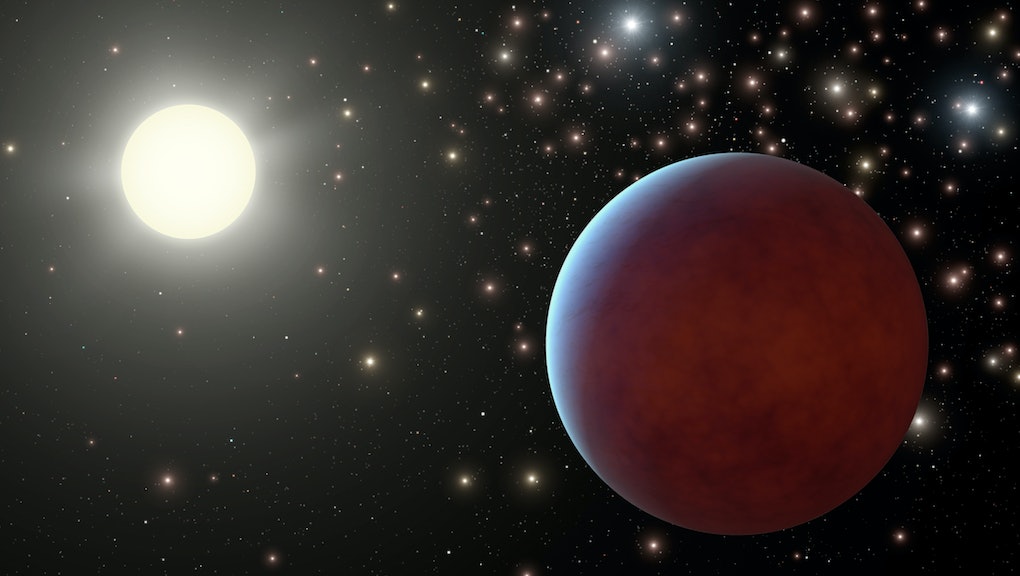 Scouring the universe for alien life is not easy work. Everything is too far away. The universe is simply too big.

Right now, one of the main ways we're searching for extraterrestrial life is by studying exoplanets. We can catch glimpses of exoplanets when they pass directly in front of their host star, like a tiny bug flying in front of a flashlight beam. It's tricky work, and it doesn't yield much information about the planets themselves.

Now, astronomers René Heller and Ralph Pudritz say we might be thinking about alien hunting the wrong way.

If there's really another intelligent civilization out there, we should assume they've also figured out the same way to search for exoplanets. Their research will be published in the journal Astrobiology.

It turns out that there are about 100,000 stars that fall in Earth's "transit zone," or the sliver of space where Earth is visible as it passes in front of the sun. Each of those 100,000 other stars could have a whole host of planets and moons orbiting around them. And where there are planets and moons, there's the potential for life.

"If any of these planets host intelligent observers, they could have identified Earth as a habitable, even as a living world long ago and we could be receiving their broadcasts today," Heller and Pudritz write in the study.

Therefore the search for extraterrestrial intelligence, known as SETI, should focus on areas that fall in the transit zone. Specifically, the newly launched Breakthrough Listen initiative should concentrate its efforts on the transit zone, the authors say.

Breakthrough Listen is a system of some of the most sensitive radio and laser telescopes in the world that are all listening for alien broadcasts.

Of course there's no guarantee that intelligent life exists anywhere else in the universe, but the more ways we have to search for it, the better.