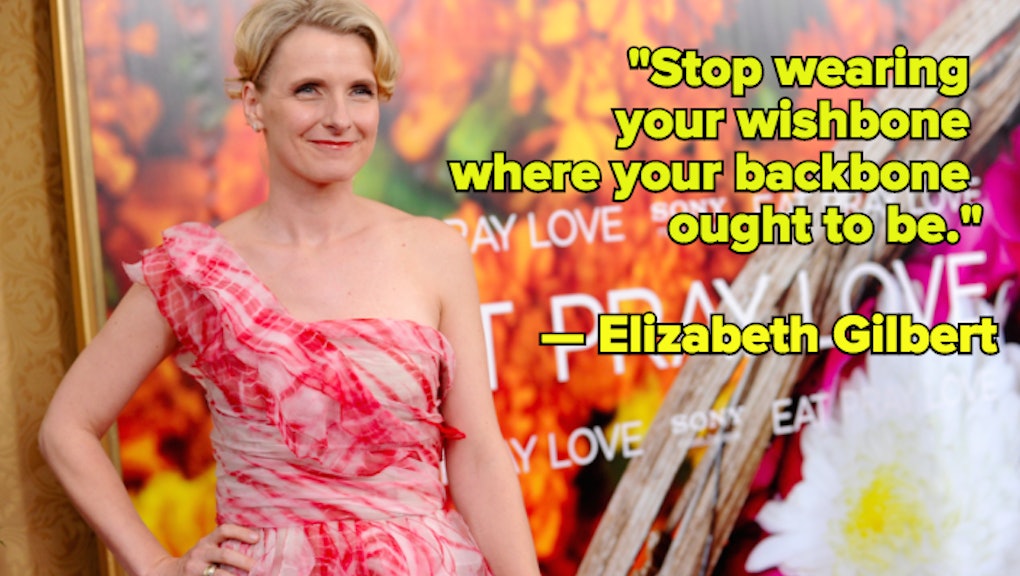 Here are 11 tough-love quotes that'll give you a healthy dose of post-breakup reality:

3. "I was so scared of ever being alone, and I think, conquering that fear, this year, was actually bigger than any other transition that I had, this entire year." — Miley Cyrus to Barbara Walters.

5. "It's better to have nobody than to have someone who is half there or doesn't want to be there." — Angelina Jolie

6. "A bird sitting on a tree is never afraid of the branch breaking because her trust is not on the branch but on its own wings." —Unknown

7. "When I was going through a bit of a heartbreak a little while ago, I said to a friend, 'Wow, this really hurts!' And he said to me, 'That just shows you what your capacity for loving is.'" — Cameron Diaz to InStyle.

9. "No relationship is ever a waste of your time. If it didn't bring you what you want, it taught you what you don't want." — Unknown

10. "Like wildflowers, you must allow yourself to grow in all the places people never thought you would." — E.V.